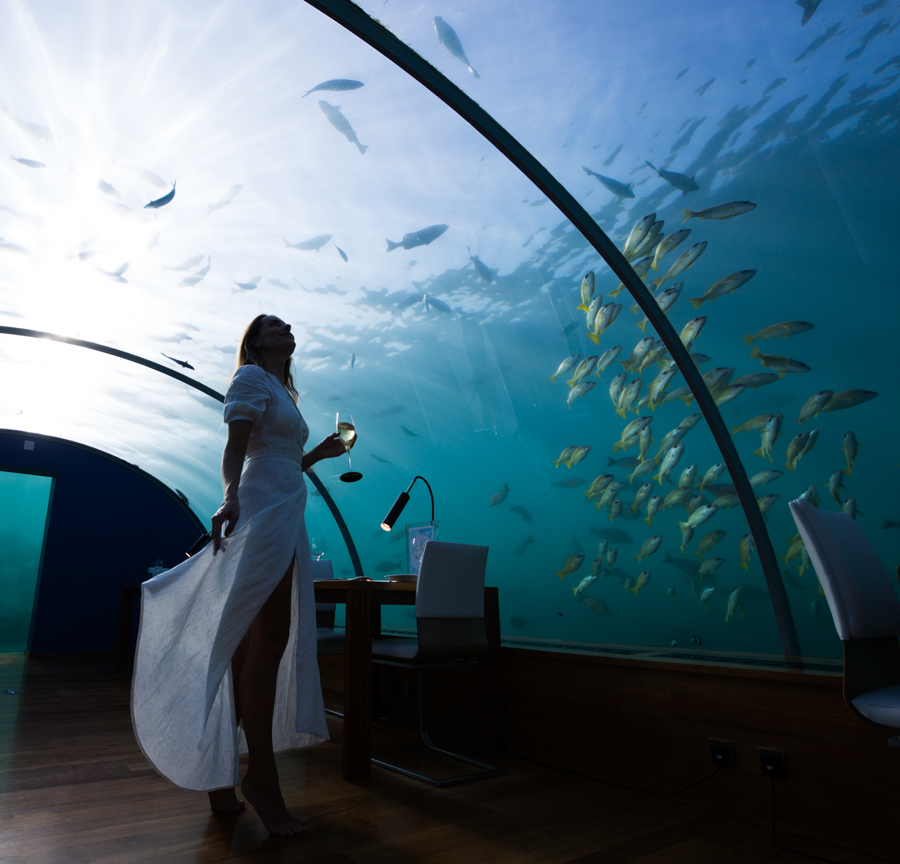 Hey guys, please accept my apologies for this uncharacteristically long break between posts! I’ve been busy creating content in the Maldives and also taking a little break from my office but as you may have noticed there’s been a slight switch up with me over on my social media channels lately, I’ve been more active, more frequent and more, well open and honest about myself! Which has lead me to share a post that’s a little more on the personal side today, featuring alongside some of the dreamy pictures I took whilst wandering under the sea at the Conrad Maldives last week, there’s something about the Ithaa restaurant that really puts life into perspective! 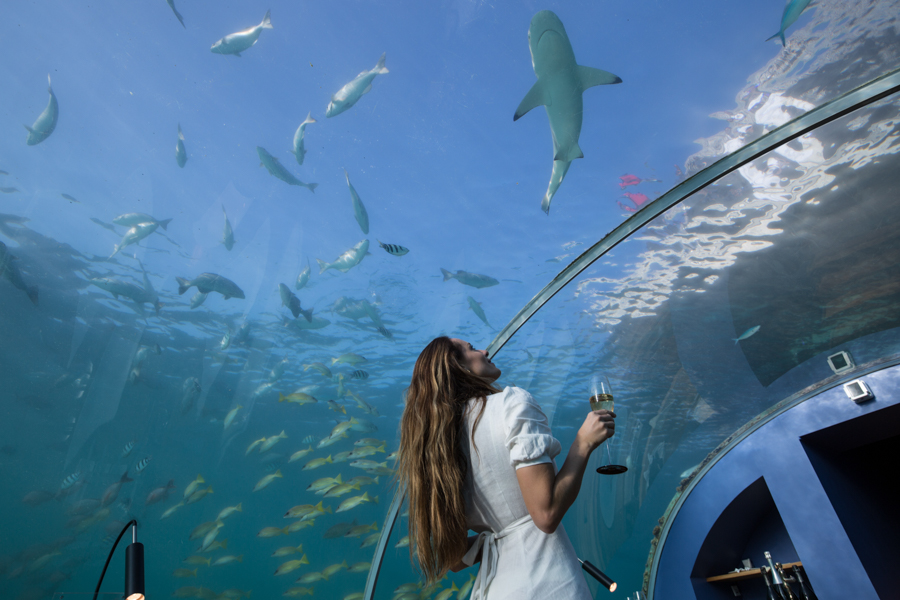 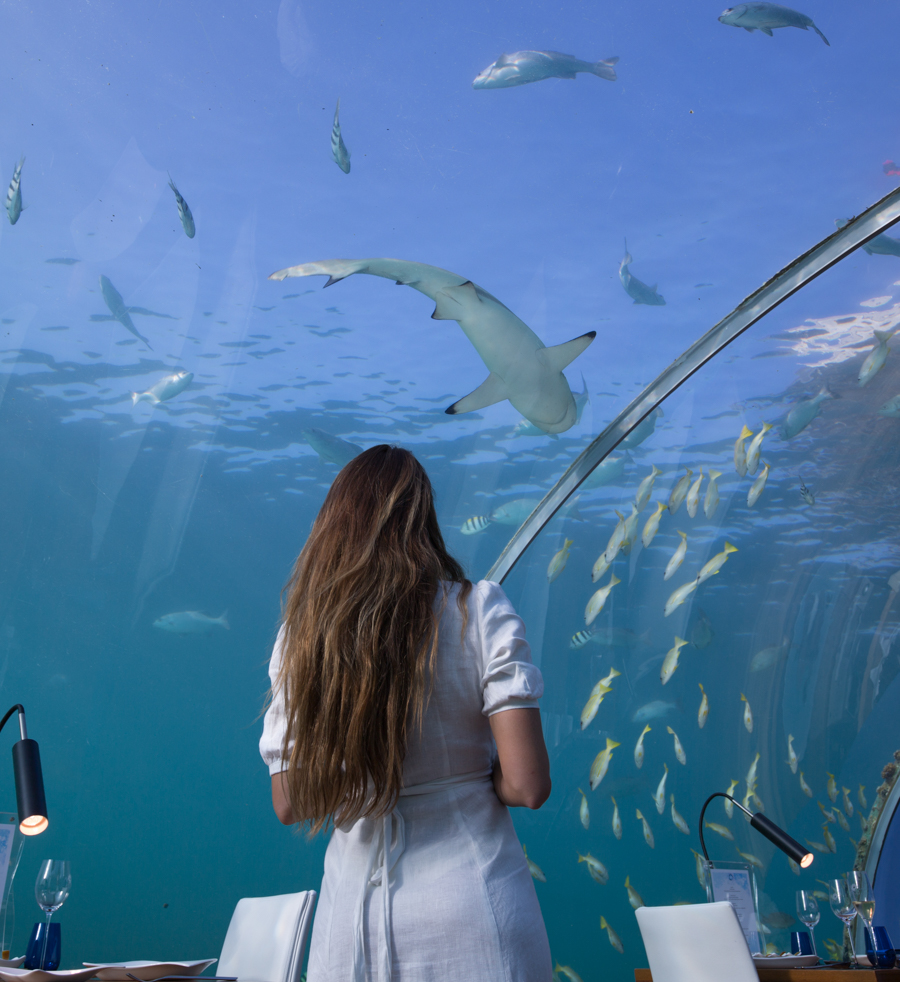 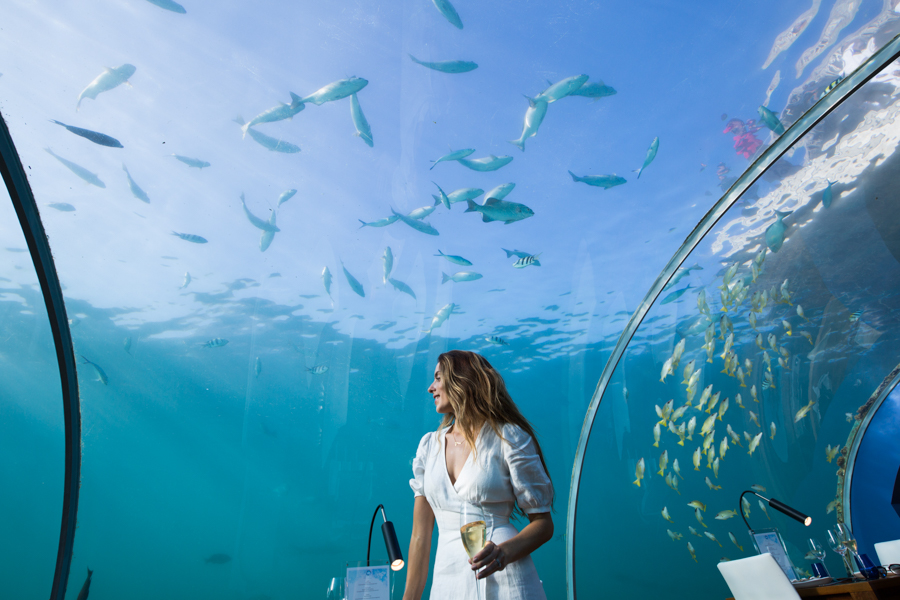 Whilst I love creating travel guides and reviewing hotels for you all here on C&C it is first and foremost a personal blog and one that over the years has been an amazing outlet for my thoughts, feelings and plans. Whether good or bad I’ve shared, albeit rarely, ‘what’s going on with me’.

I began my year as I have done for the past three years with seeing in the New Year in a country that I don’t call my home, this time celebrating another amazing 12 months by watching the sky fill with midnight lights on a private beach in The Philippines. As fireworks burst into action above our small guided group I made a mental note to myself that although 2017 was an epic year, this one would be tackled a little differently. It was a special moment and a very special trip for me, I spent a whole week disconnected from the ‘real world’ with no running water, no electricity and more significantly no phone.

Having any sort of media presence is a blessing and a challenge at the same time and being able to switch off from the internet for a week was both rejuvenating and precious. Though my work is heavily carried out via the web out of all the people on the boat (25 in total) I felt as though I was the one who enjoyed the break the most, I didn’t spend any time trying to catch signal between islands, I didn’t bitch and moan about the lack of access to social media or the latest sports scores, I simply took out my phone every so often to utilise the camera and video function and it was awesome.

We hear all the time that the benefits of a digital detox can be so powerful but a week fully out of it was utterly life changing.  Despite my online presence (not that it’s necessarily all that big) I have always been quite good at knowing when to switch off and keeping an emotional distance between what I feature and see online in comparison to my own ‘real’ life but even for those of us who have the will of mind to separate the two lives it can still be mentally taxing to live each day in high spirits when your success is in some part built on the judgement and acceptance of others. Seeing your friends and peers amazing achievements in comparison to your stagnant movement or watching on as people you know have bought their followers (yep, I’ve gone there!) are landing jobs, trips and endorsements whilst you numbingly refresh your email inbox, can be tough no matter how thick your skin is.

I’m personally so used to the comparison and accomplishment flaunting as even before blogging was a vocation I was working in the media industry as a presenter so I do think I’m in a better position than most to remain positive and supportive when watching others thrive but it would be a flat out lie to say it doesn’t lure me over to the bad side (the envious side), it does, I’m human and I’m not ashamed to admit it.

Without going too much into a personal battle monologue, I mentioned the digital detox and what it meant to me as it allowed me to start my year a fresh. Not just with a whole 365 days worth of opportunity type of fresh but a mind cleansing one. After spending the last 8 years determined to ‘make it’ I’m soothingly starting to accept that I have, in actual fact, made it.

My dream job was always to present for E! and I did it, for two years I fronted the UK & Ireland channel, hosting my own shows, interviewing on the red carpet and meeting some amazing heros and heroines in the entertainment industry. Sadly (or perfectly, depending on my days perspective) the role was no longer needed after the channel decided to move in another direction but I still have a great relationship with the brand and will always be a huge E! fan. Was the role what I had expected? No, was it my dream fulfilled? Absolutely! So having achieved my ultimate dream, why is it that rather than celebrating doing what few people in the world ever get to do I am dwelling in self doubt and personal worth about not being on screens for over a year? Does this mean I am no longer a presenter? If I were to judge other on-screen presenters there are lots of TV Hosts that aren’t on a televised show for years and then come back to huge programs and projects. Do I say they aren’t a presenter if they don’t have a physical contract at the moment? No. So why do I question and shame myself in such a way?

The same goes for travelling, in-between my 26 trips last year the longest time I spent at home at any given time was 10 days. Even though I have an a gorgeous home, amazing husband, cutest dog in the world and the best friends anyone could ever ask for I didn’t once miss home. Which as a traveller is amazing but as someone building a life, a little alarming. The attraction of wanting to see as much of the world as possible is not uncommon and with all the opportunities I was given last year I’m sure no one would have turned down the same experiences. The problem, however, lies when I would find myself frantically booking trips away in fear of being in London for too long. Why?

Establishing that I have the most amazing home life already and knowing that money was not an issue and content for my blog was a-plenty why was I so desperate to make sure I was away so often? Keeping up with appearances on social media definitely that played a huge part in keeping with this theme of proving myself but what was really happening was something far further deep in the core. It was a feeling of failure that I just couldn’t shake. I was doing so well with my blog and my articles and profile was featured in so many magazines and publications last year but at the heart of it all I just dearly miss being working on TV. I miss being a recognisable presenter. I miss being the person that I had worked so hard to become. Even writing this ‘out loud’ I feel selfish and ridiculous because I wouldn’t trade in my life for any other’s and I know too well just how lucky I am to do what I do for a living but I just can’t shake the feeling that it’s my fault I’m no longer working full time as a presenter. I used to think I made the wrong move by traveling full time rather than desperately finding a new TV role but after this last few months of spending more time at home (I was in the UK for a whole month!) I’ve realised that this was, in fact, my journey all along. Seeing the world in such luxury like I do and having the support of my amazing husband and friends back home is a bigger blessing than any fame or fortune could provide. I always thought that I was’t successful until I was a household name but really the only household that truly matters is my own.

Who deems and determines success? We do and therefore it’s my responsibility to sanction and celebrate my own, no one else’s. 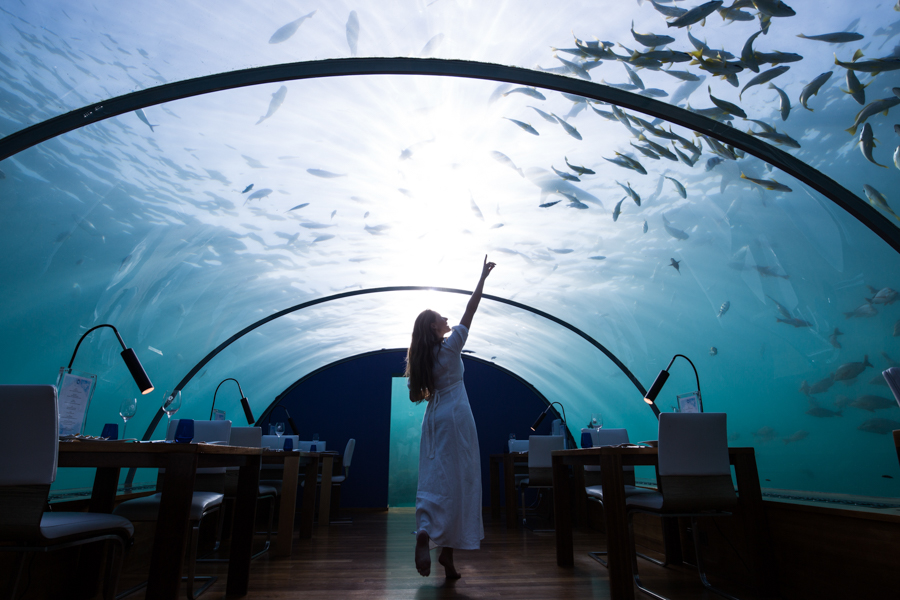 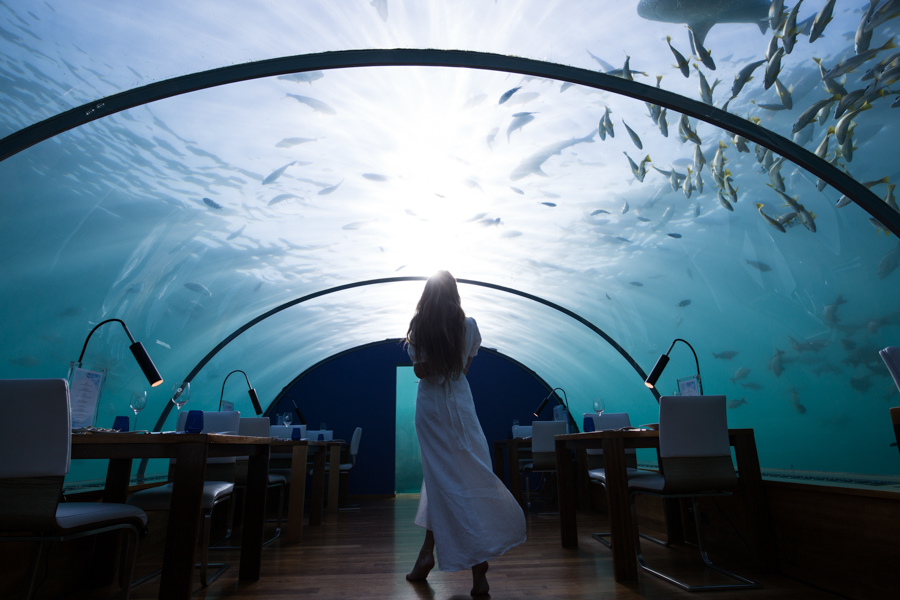 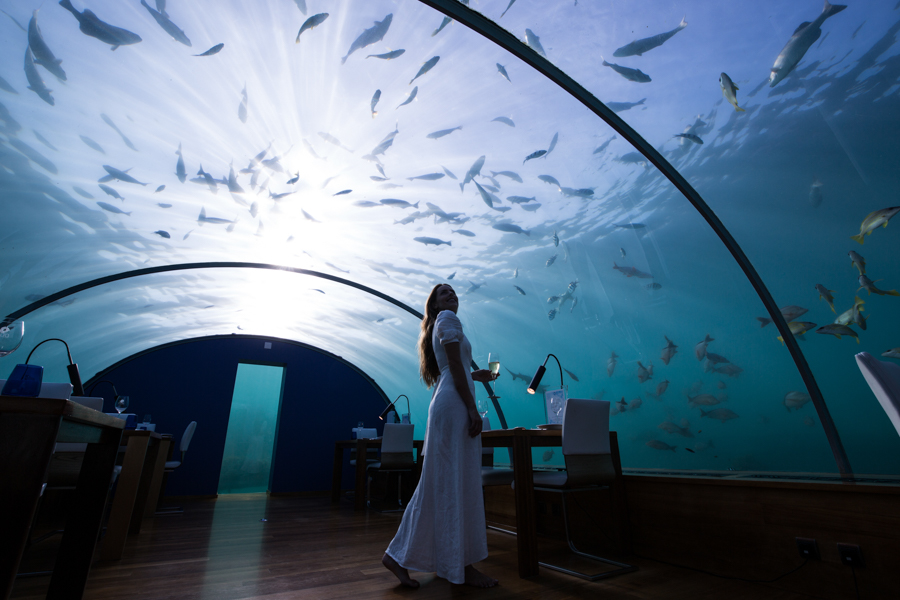 So this year, after my digital detox in December and the arrival of some life changing and devastating news within my family I have decided to spend more time at home.  I will be refocusing on me and what I love and enjoy doing and that is presenting, so I’ve strapped back in for the long door-closing road ahead but I’ll get there! Just as with E! I said I’d get there and I’m confident that I will, I’m just acutely more aware that I need to be far kinder to myself in the process and take my time with everything rather than rushing to the finish line and not being happy with the prize.

That being said I have already confirmed a few amazing trips this year and therefore my blog will still be at the very forefront of everything, I’ll be continuing to blog twice weekly (on Wednesdays & Sundays) and I already have two trips per month to get together brand new and exciting content for those of you who would like to read and see it!  This year will be different though, rather than clutching at ‘escape’ plans the opportunities are simply those that come to me and that has been the case for 80% of my travel plans this year because of course, as with any travel journalist, I’m always going to book in my own personal holidays. I’m hoping this new intended way of living, with self worth and admiration for my own achievements, I’ll witness a more positive impact on my life in general.

So tomorrow Mems and I are off to one of my favorite places in the world, Los Angeles. It’s my favourite city not because of the obvious A-list glam and palm fringed streets but because of one particular activity, the hike up to hollywood sign. Every time I filmed in LA for E! I would set my alarm each morning and hike up to the famous hollywood sign. I would sit at the highest point and look down on the city and at the sign and thank the universe for my blessings. I would sit in proud reflection of my achievements for making it to ‘The Top’. Not just for the walk itself but for reaching my ultimate goal. It a place that really does mean so much to me.

I wonder, why can’t I go back to being that girl who sat at the top of the city appreciating myself?