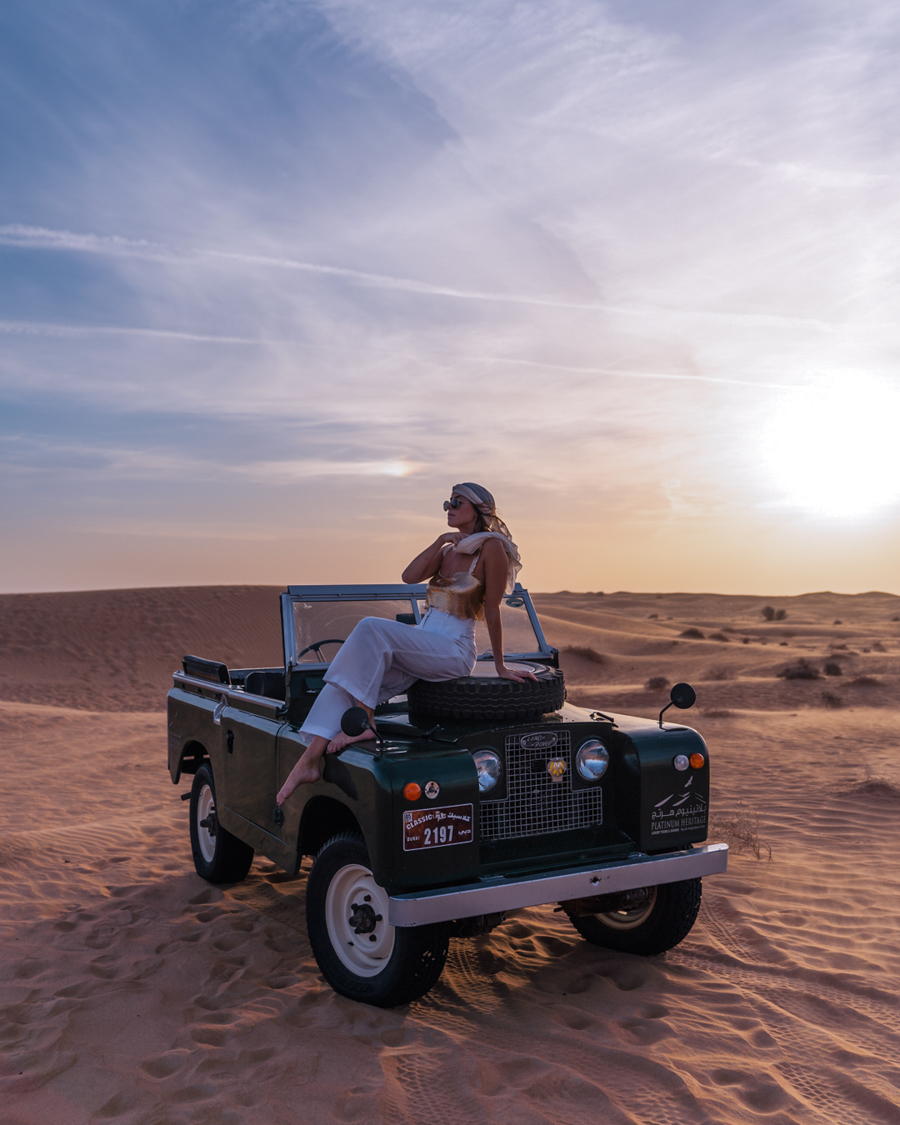 Despite it’s well-earned rep of being a cosmopolitan city of ‘after dark’ action, the country of Dubai has so much more to offer than the glittering skyline. Take yourself just half an hour out of the city and you’ll feel as though you’ve traveled to an entirely different world.

Just a few weeks ago I traveled to the Middle East with my friend Inge Mae and though we are both city girls by nurture, nature and adventure will always have our hearts . It was Inge’s first time in Dubai and with help from the lovely guys at My Dubai we arranged two visits to the sandier side of town by heading into the desert.

Our first trip out was organised by the Platinum Heritage Team who arranged for us to have a jeep safari in an old school, open top range-rover. The trip out to the desert from The Palazzo Versace Hotel was around 45 minutes, the city faded deeper and deeper into dust the further we drive out and by the time we were switching wheels there wasn’t a building in sight. 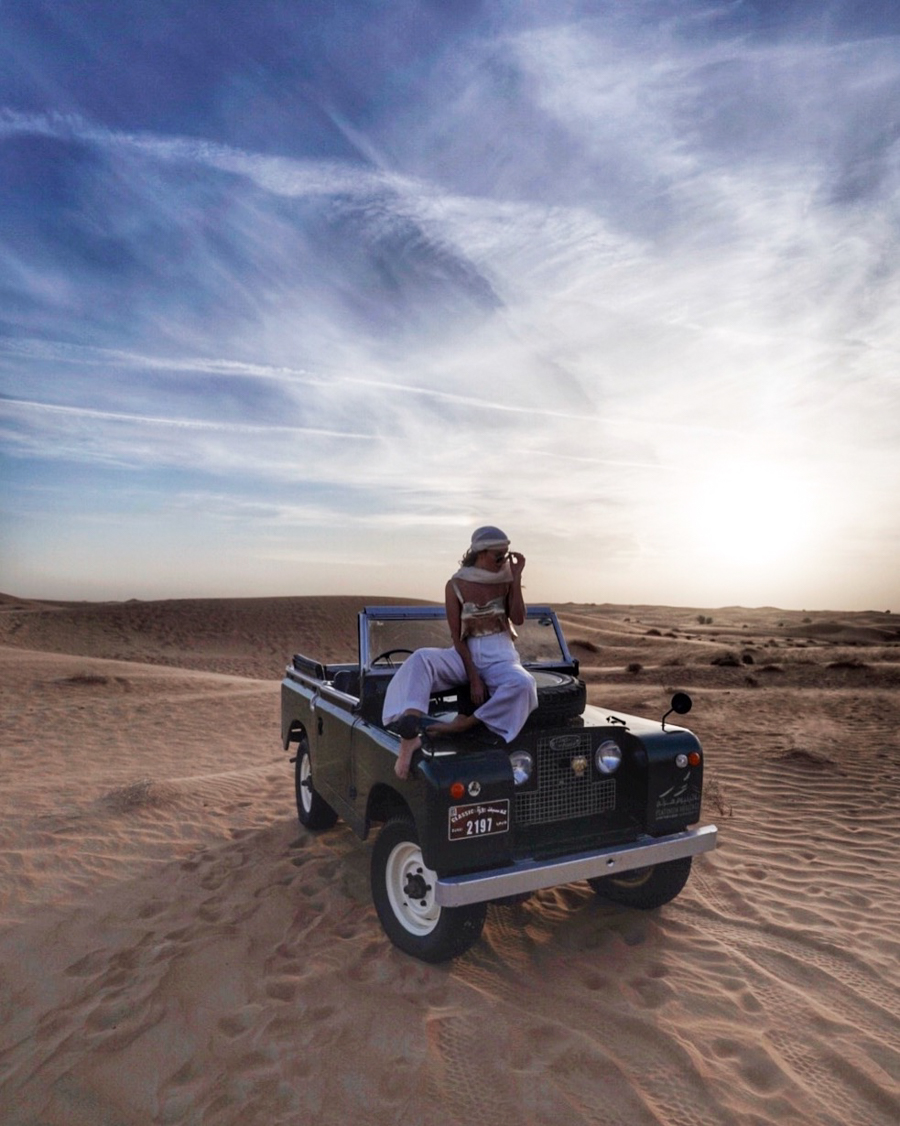 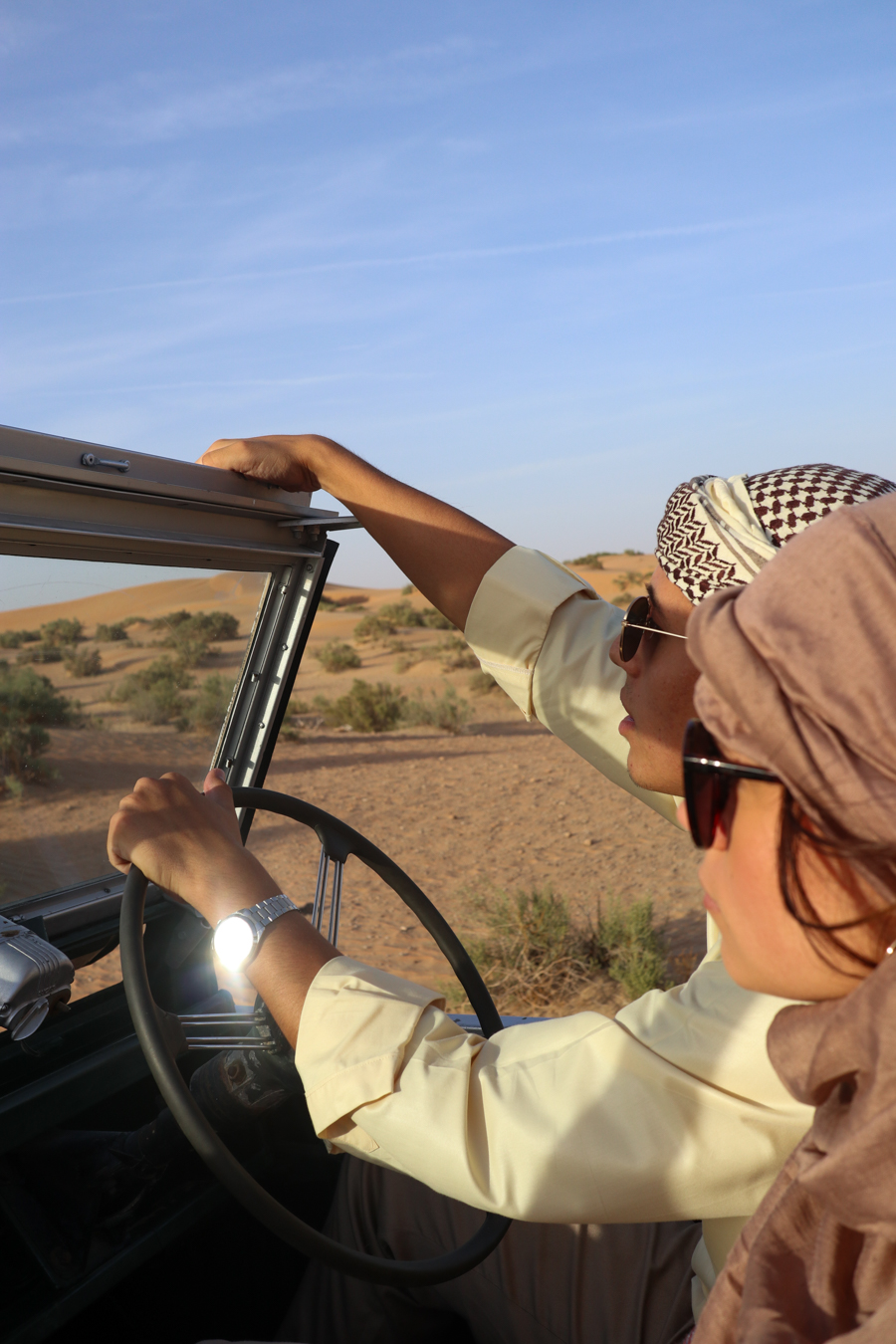 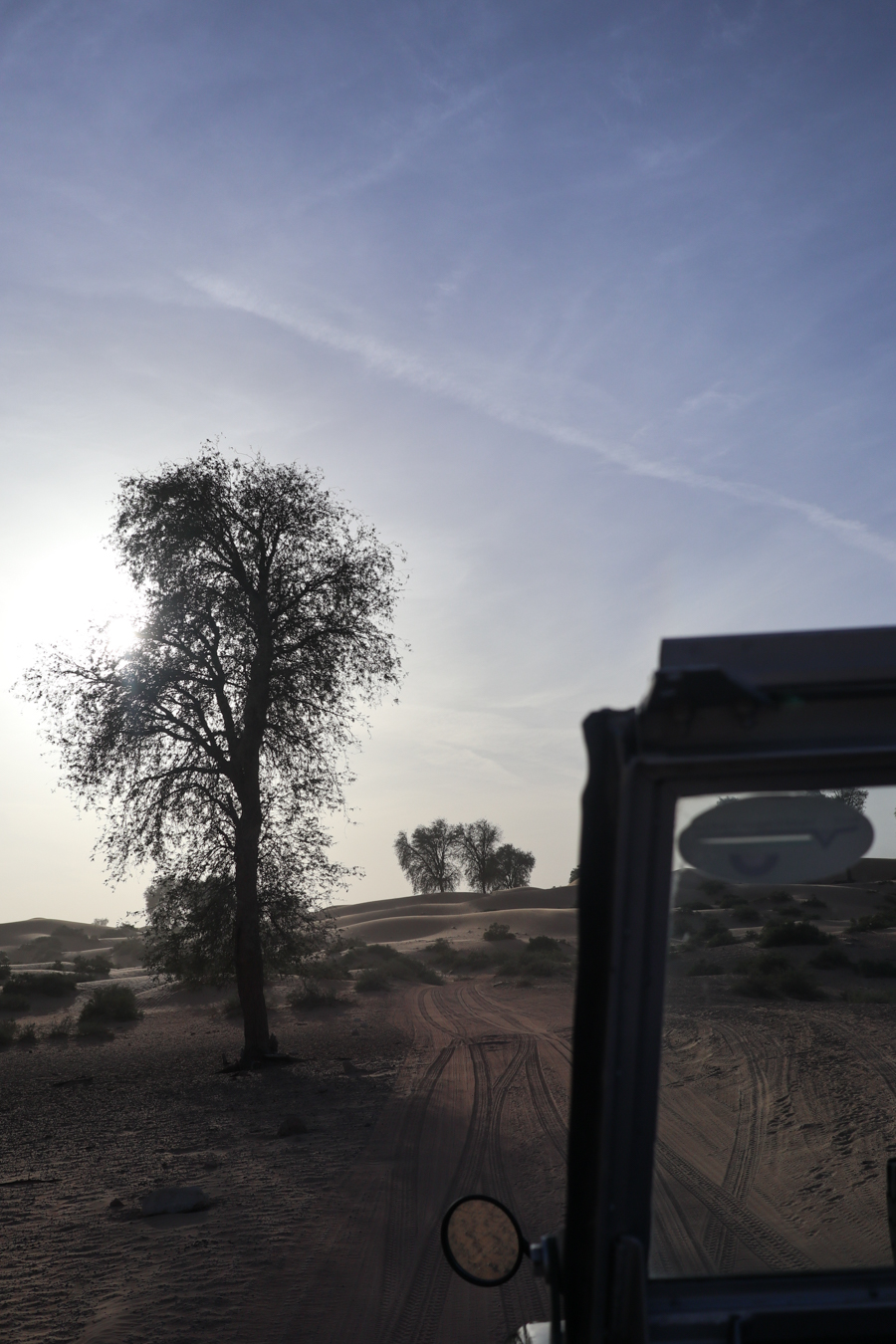 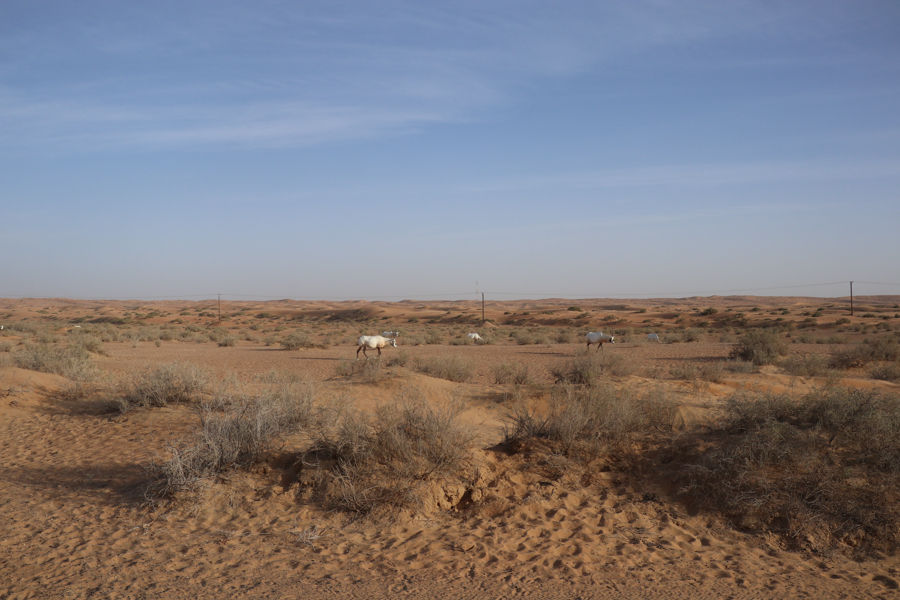 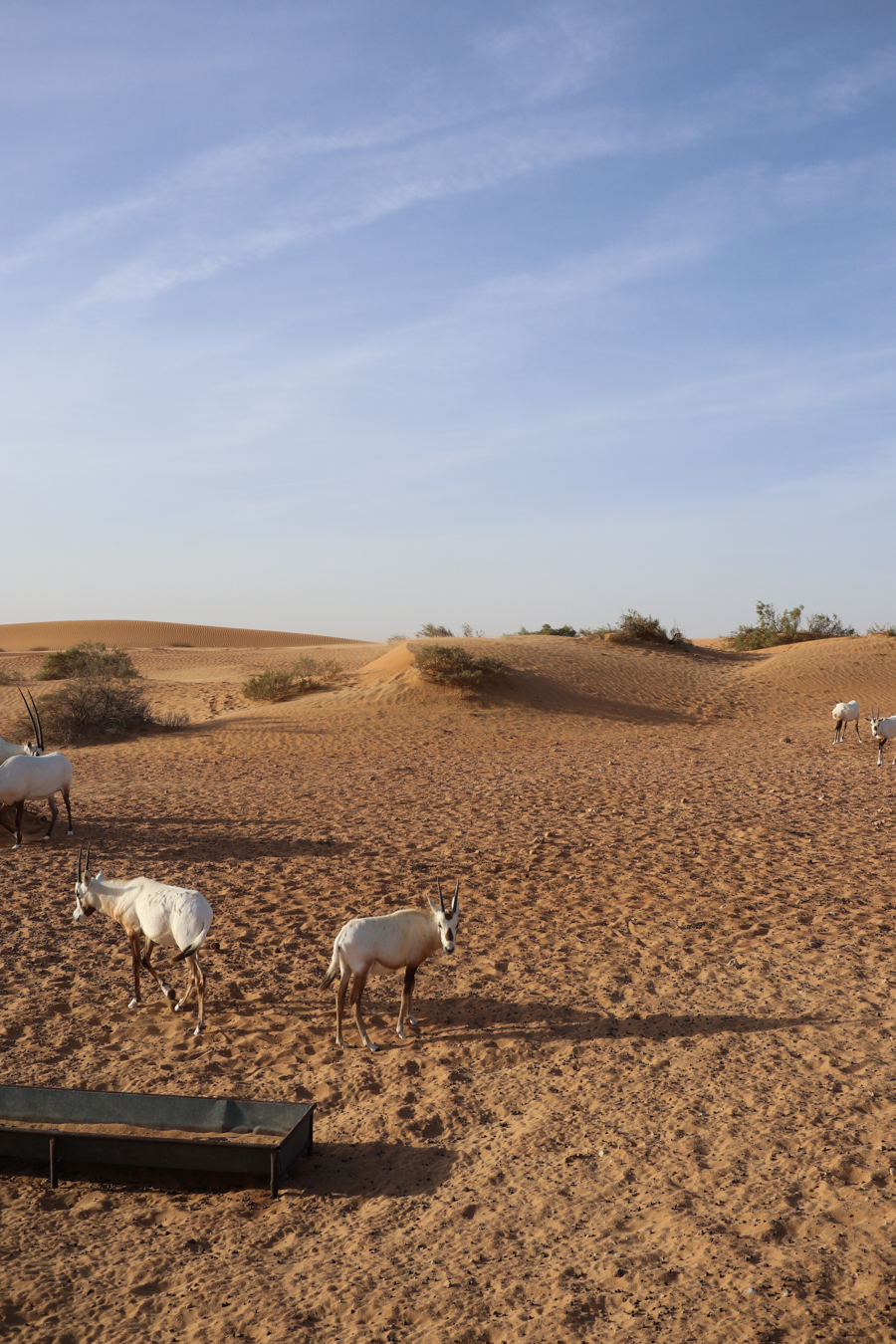 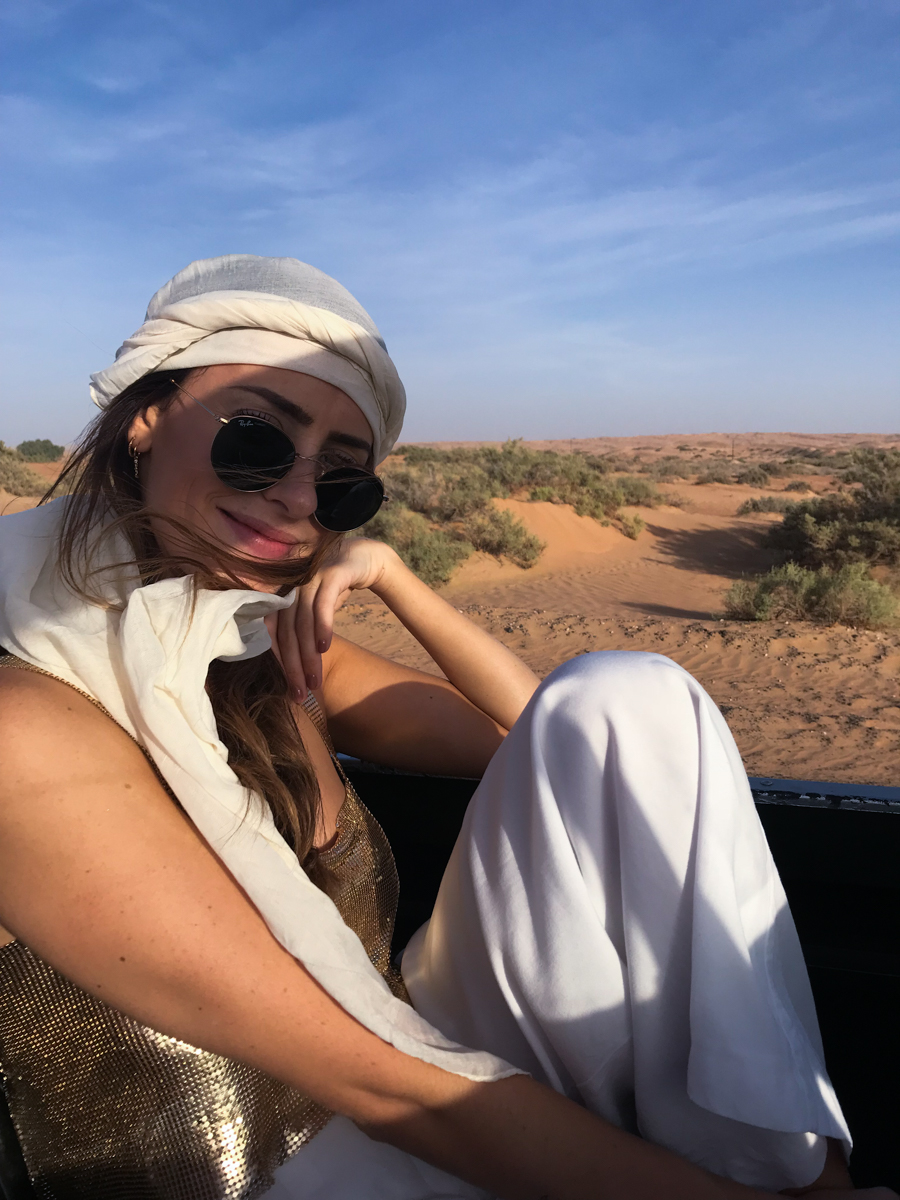 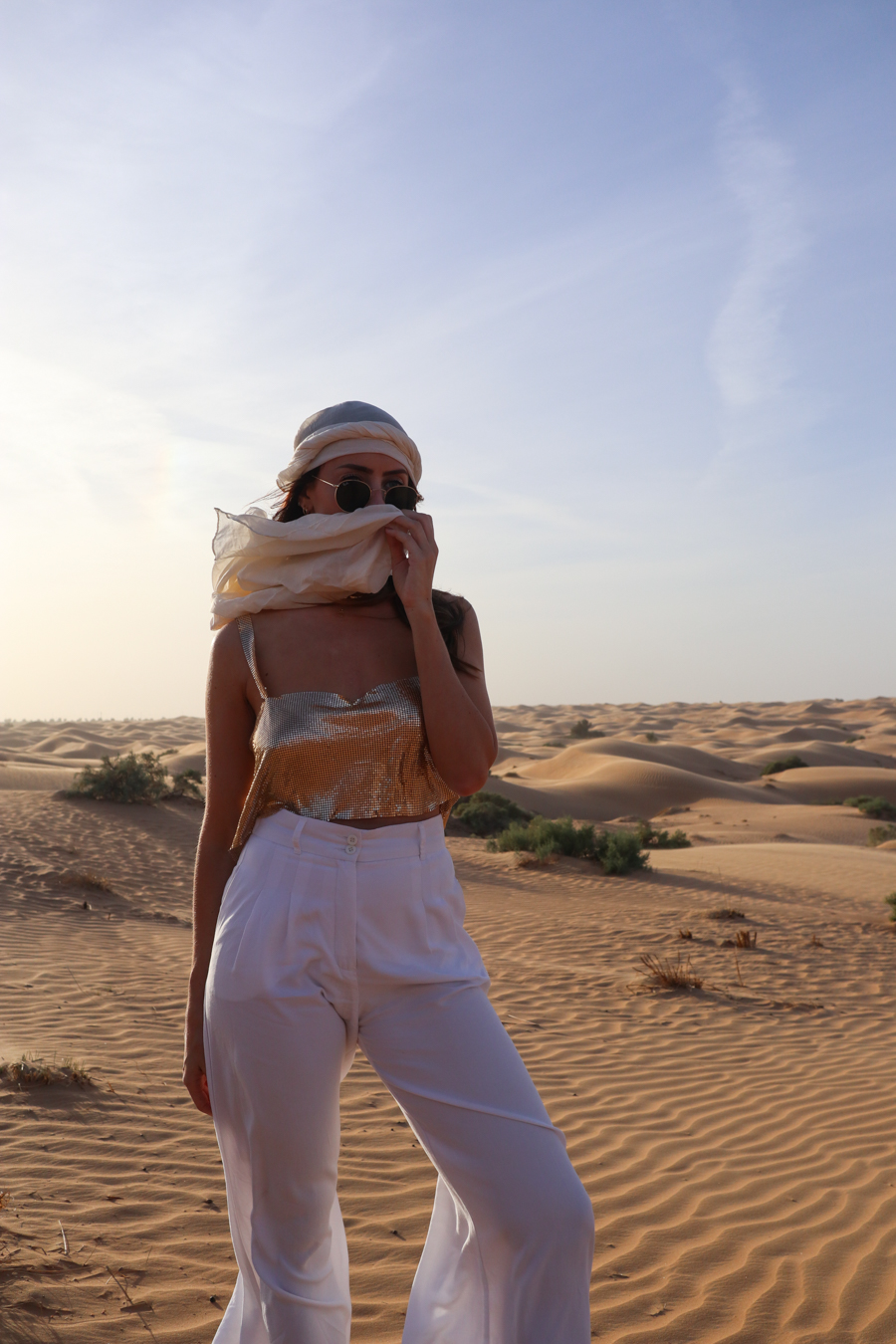 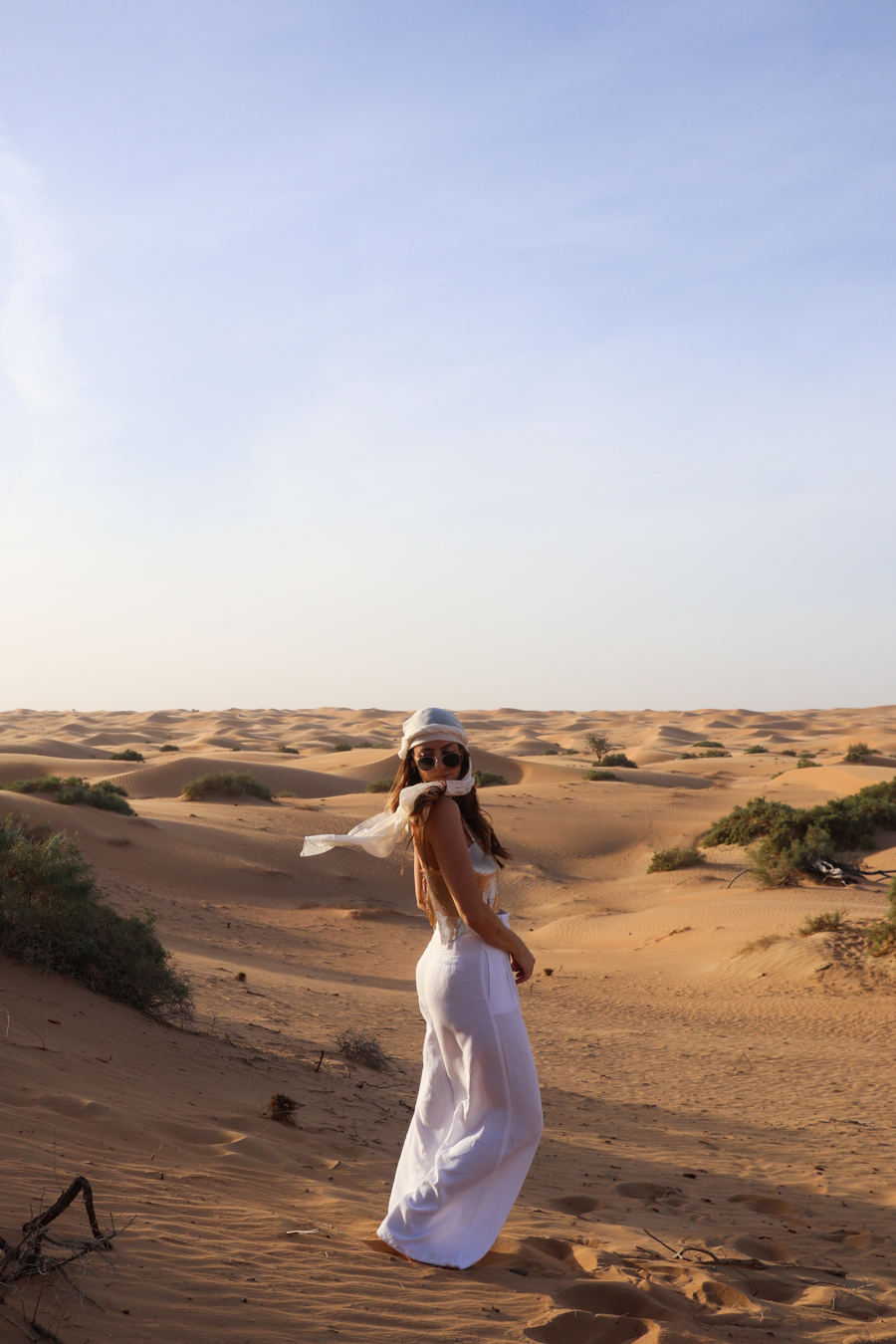 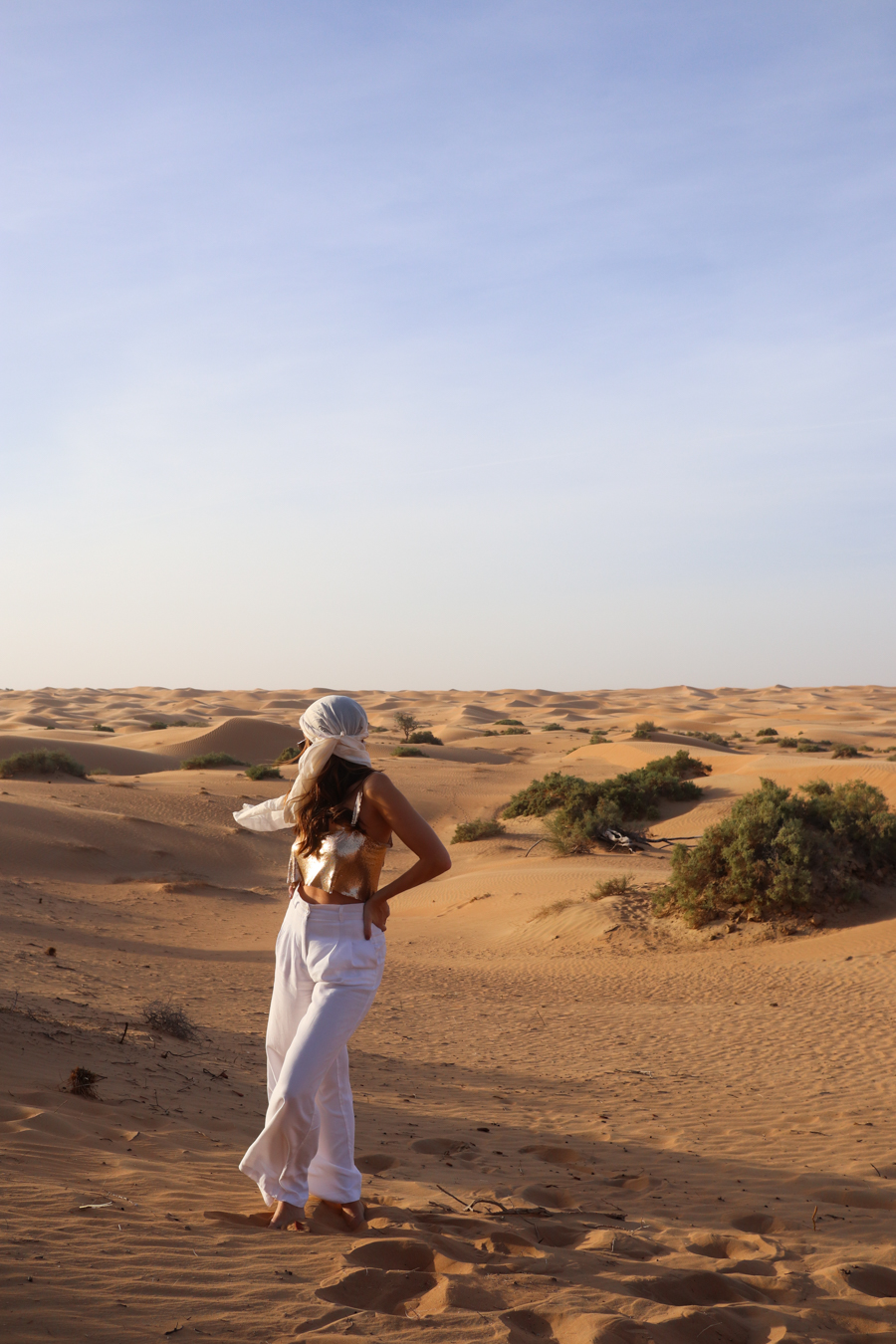 The safari takes you on a short drive through the desert to spot the few animals that reside in the plains but it’s more the fun factor of the drive and the vast expanse of dunes that make the trip exciting. There’s few places in the world with views like the Middle Eastern Desert but the truest beauty always comes when the sun begins to set over the sand.

After an hour or so’s drive of game spotting and dusty photo taking we arrived at camp for our evening meal and entertainment. The camp which has been set up specifically set up and embellished for tourists showcases the culture of the middle eastern Bedouin tribes that still reside this way in the desert.

After an obligatory desert shisha with the Arabian nights backdrop, dinner was served and I was stuffed at starters! Then, in-keeping with giving guests an insight into the life of a Bedouin, a small band of musicians took us from a pink to black sky. 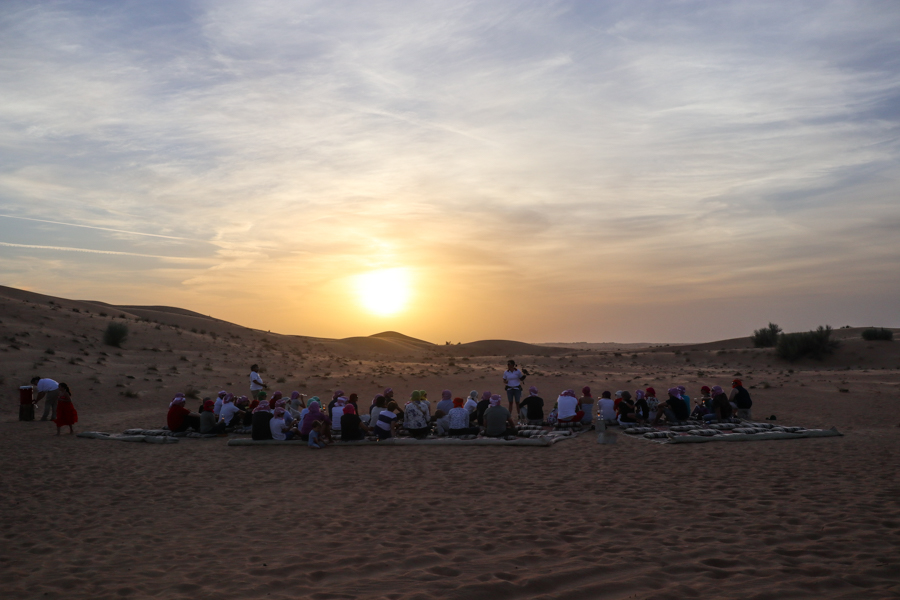 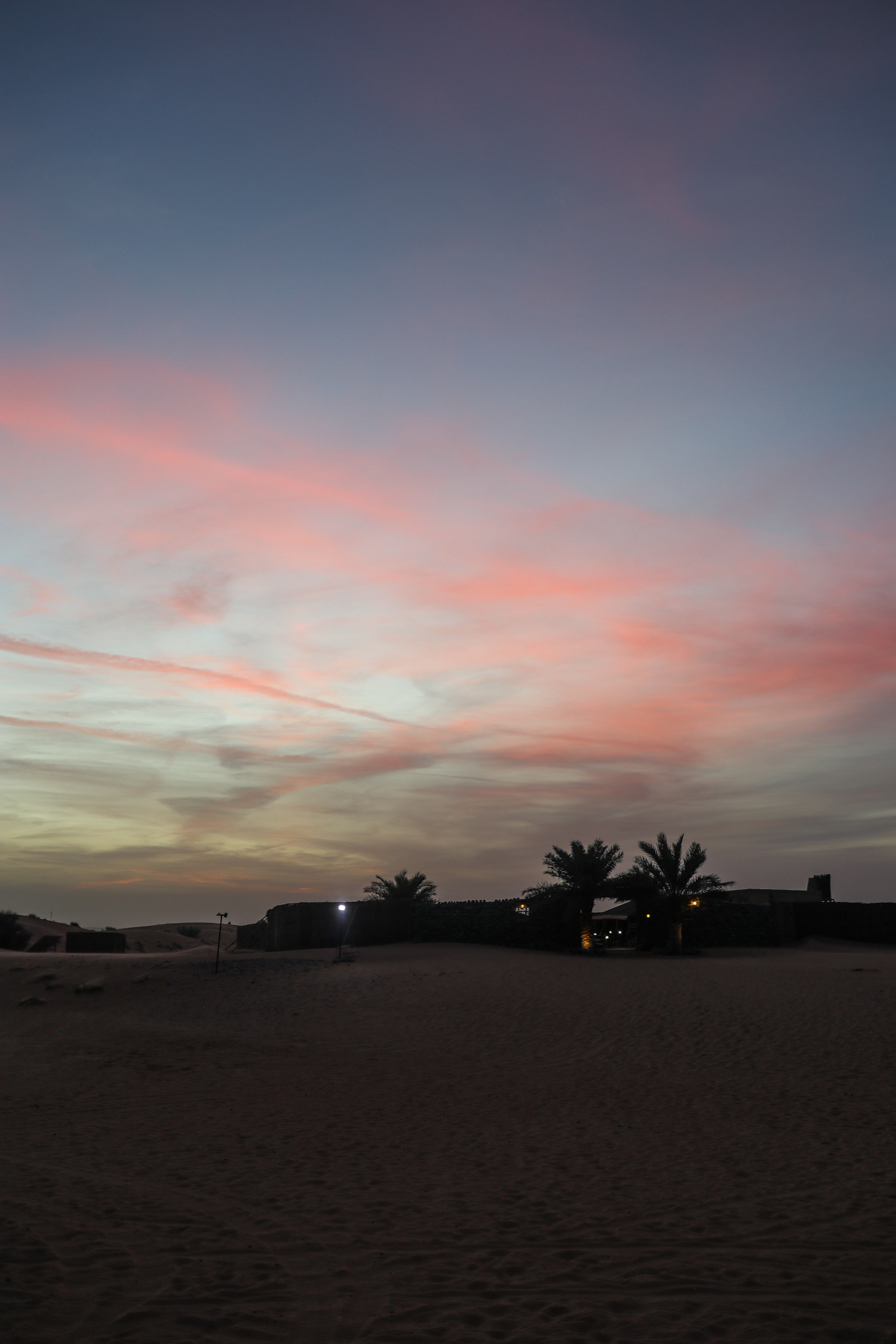 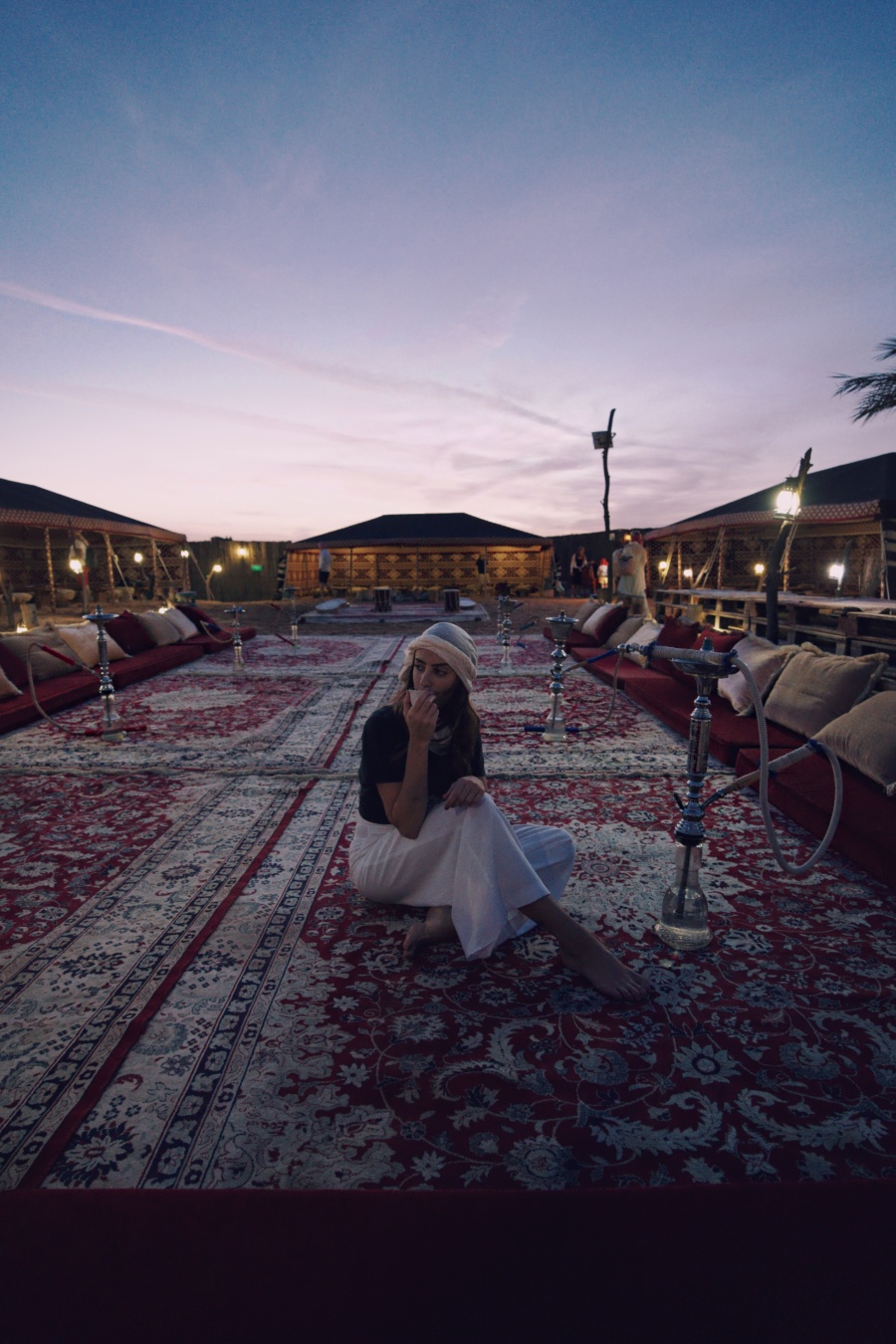 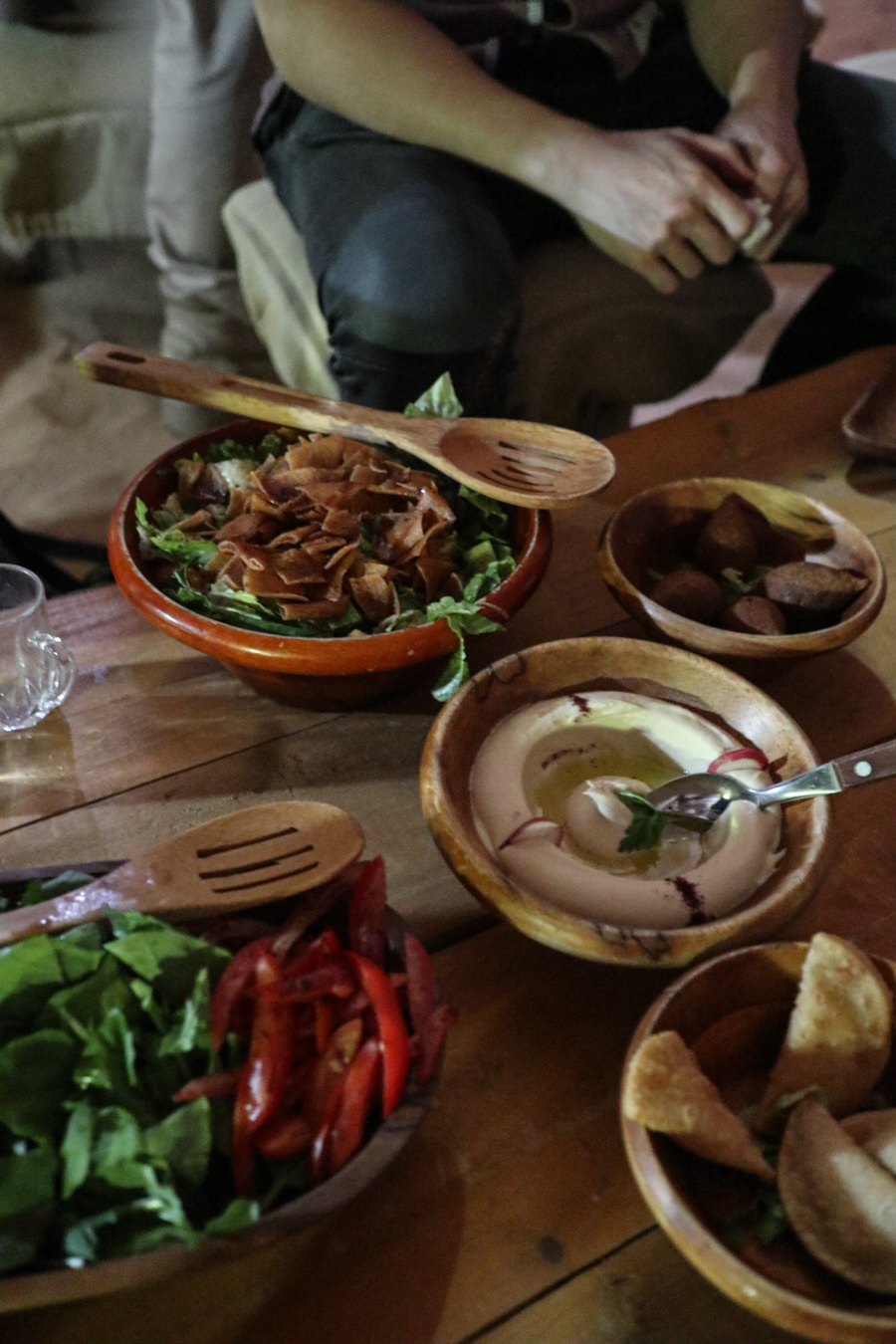 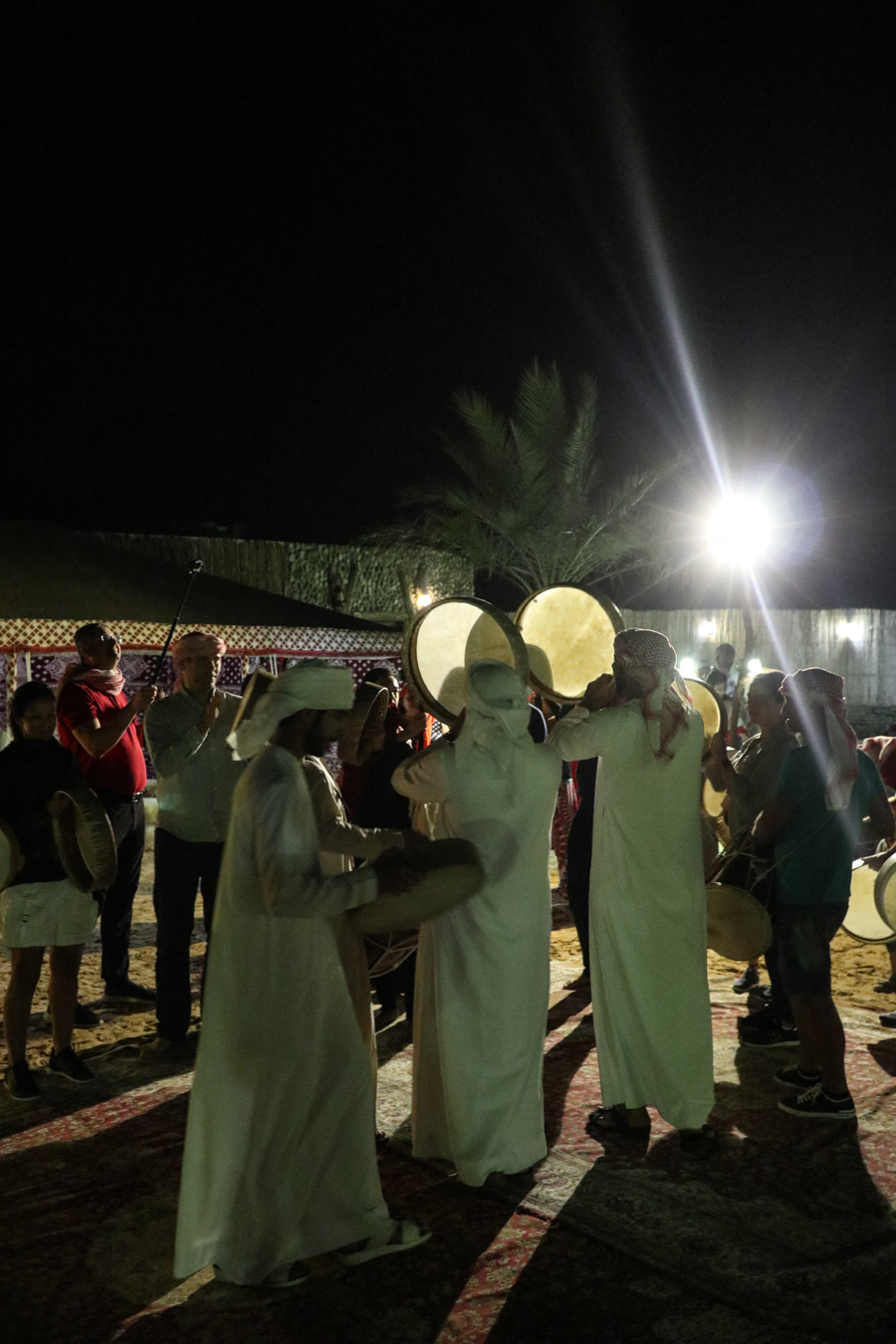 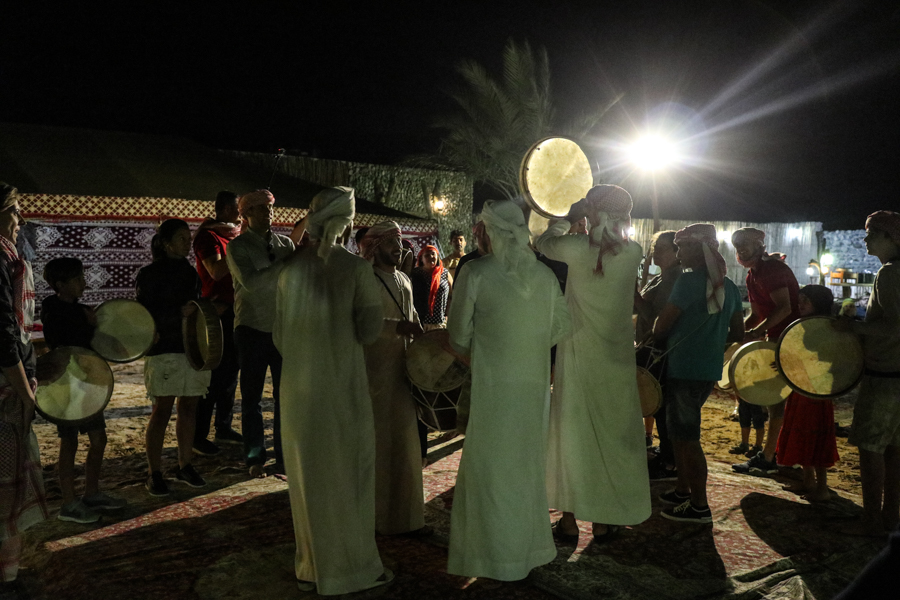 Our second trip to the desert was more of an adventurous one for us both, though it was the same drive out of the city, our drive within the desert itself was somewhat more intense! Again with the My Dubai team we ventured into the dunes only this time, we geared up with helmets.

Inge and I took to quads and the guys jumped in supped up sand buggies and we all speedily drove out into the explanse where blue skies meet the golden sand. We had, quite luckily a full camera crew with us so when it came to our driving experience this will sum it up far better than words ever could. 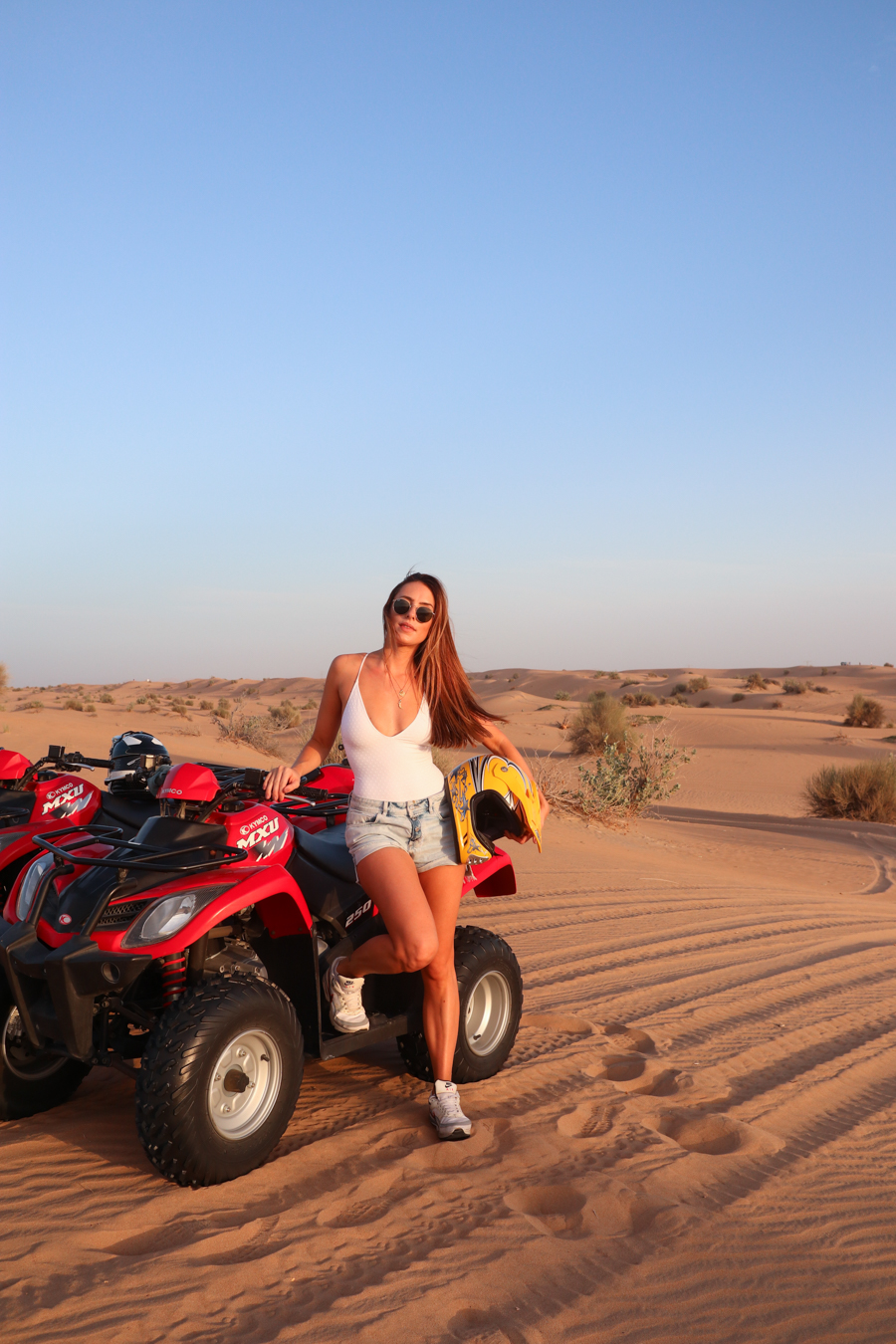 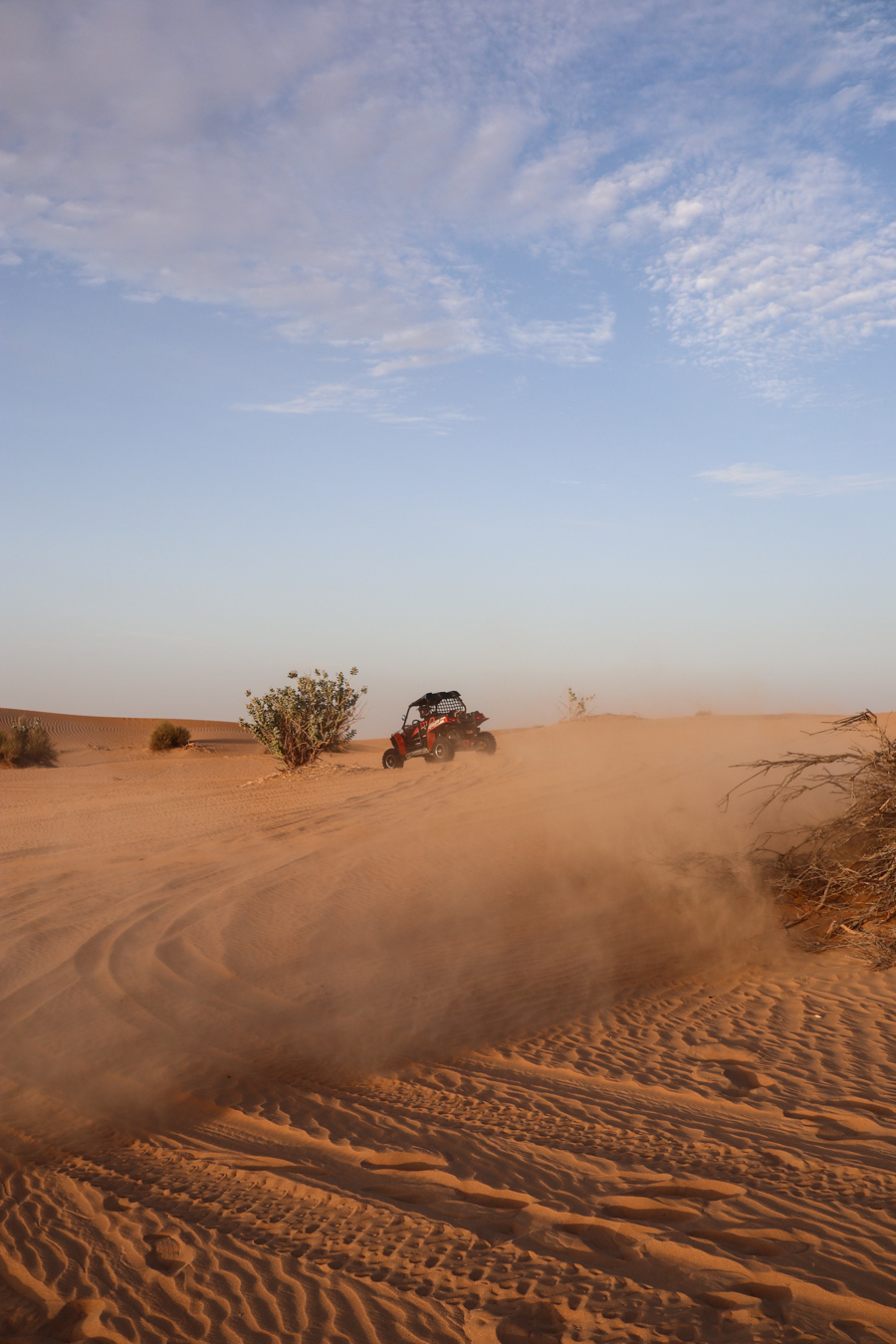 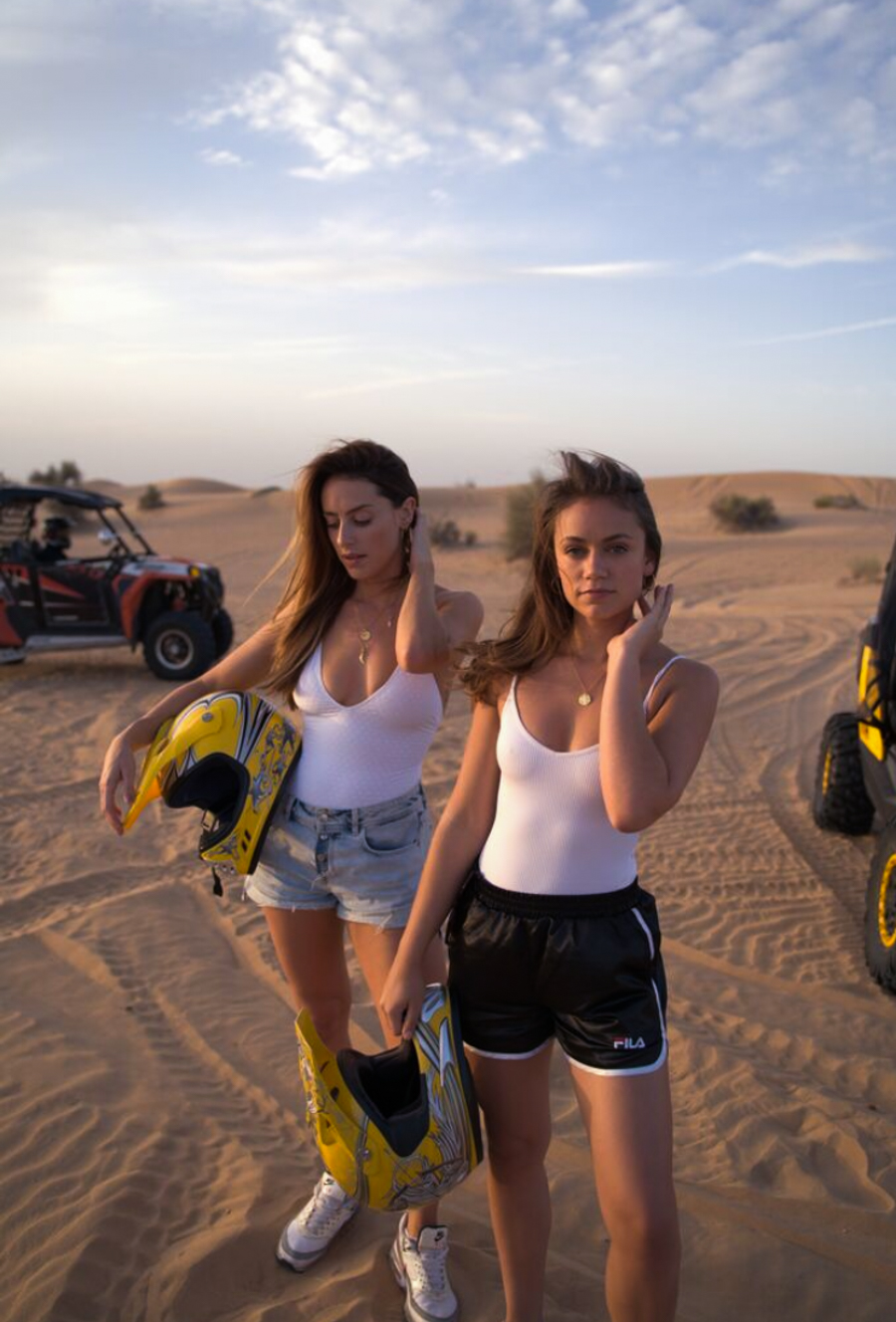 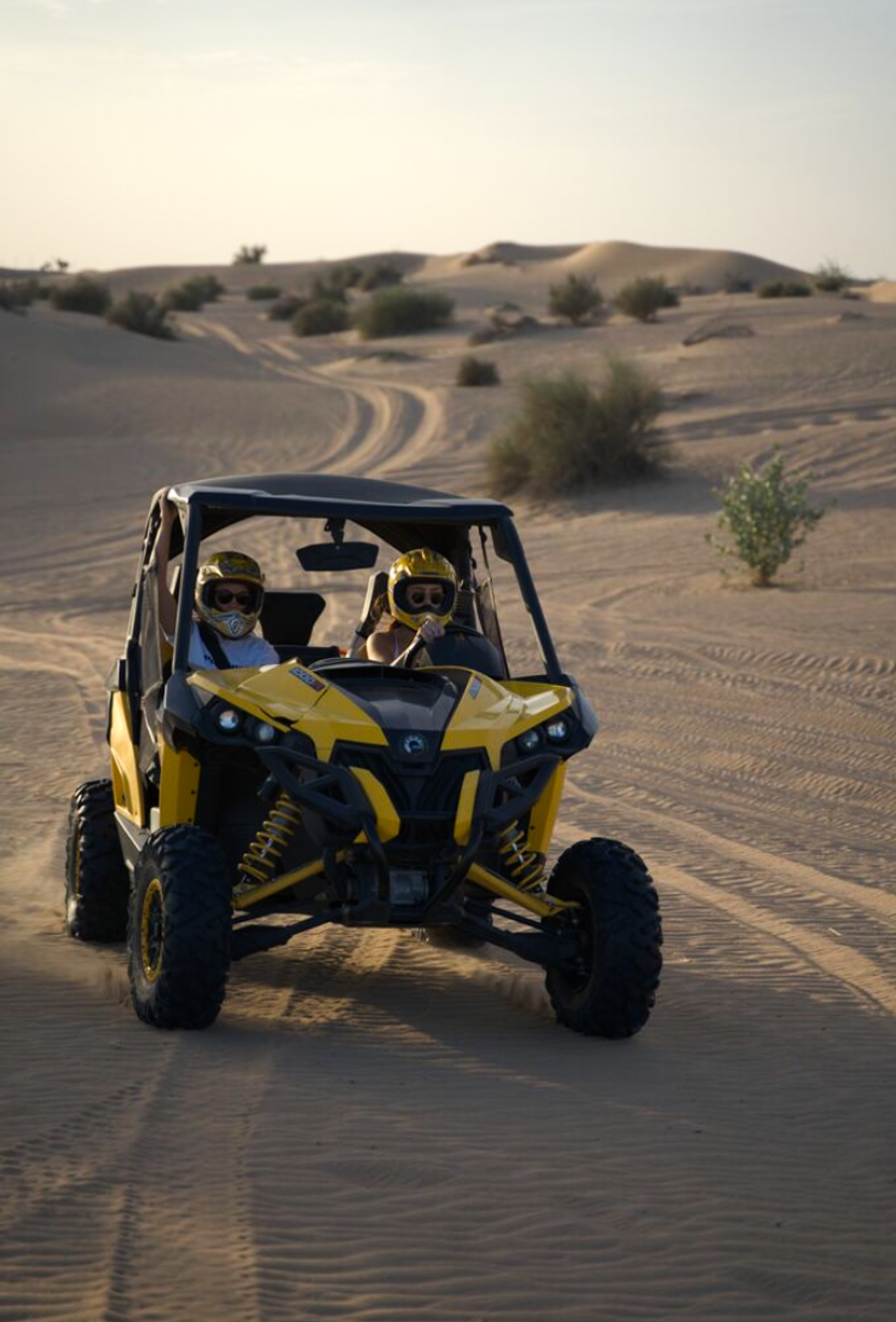 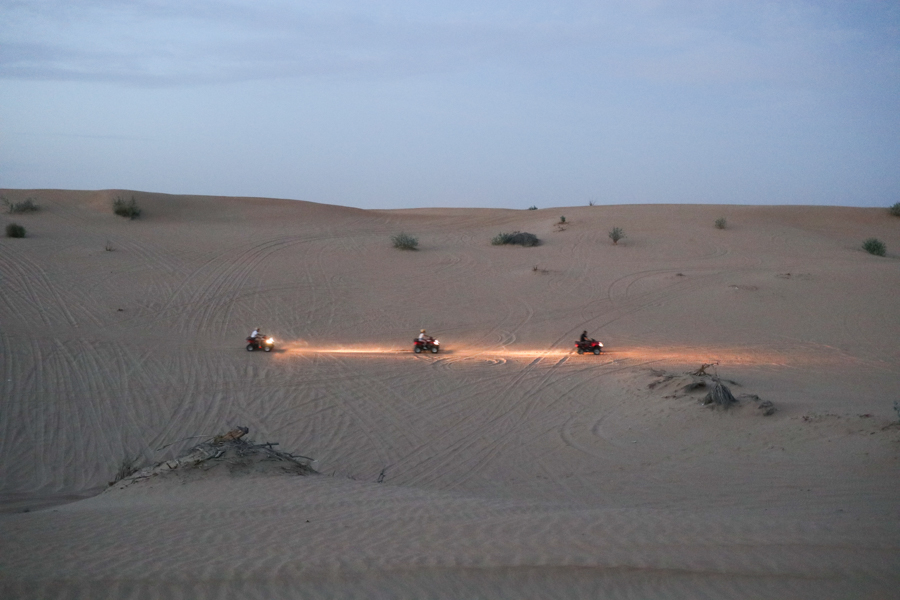 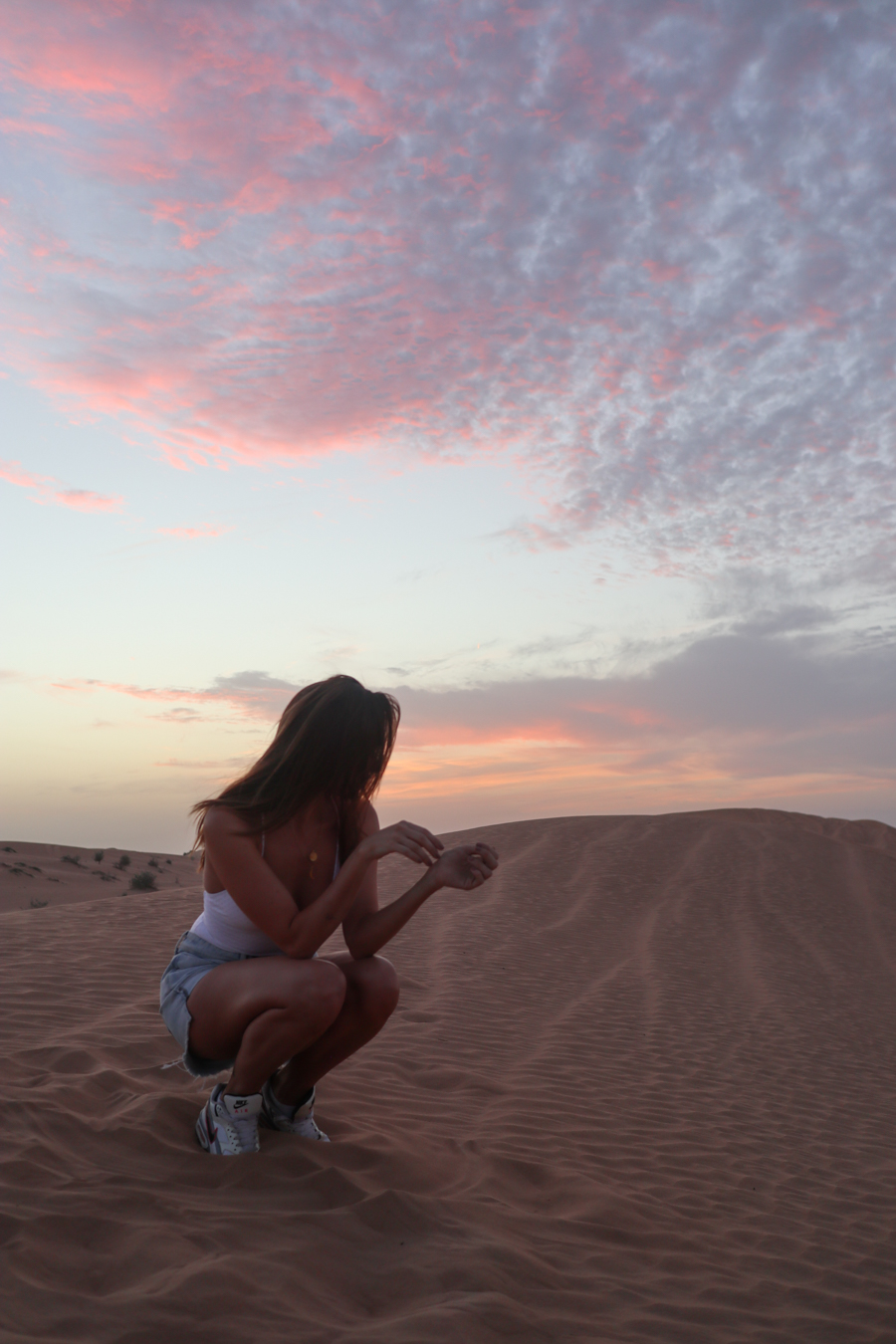 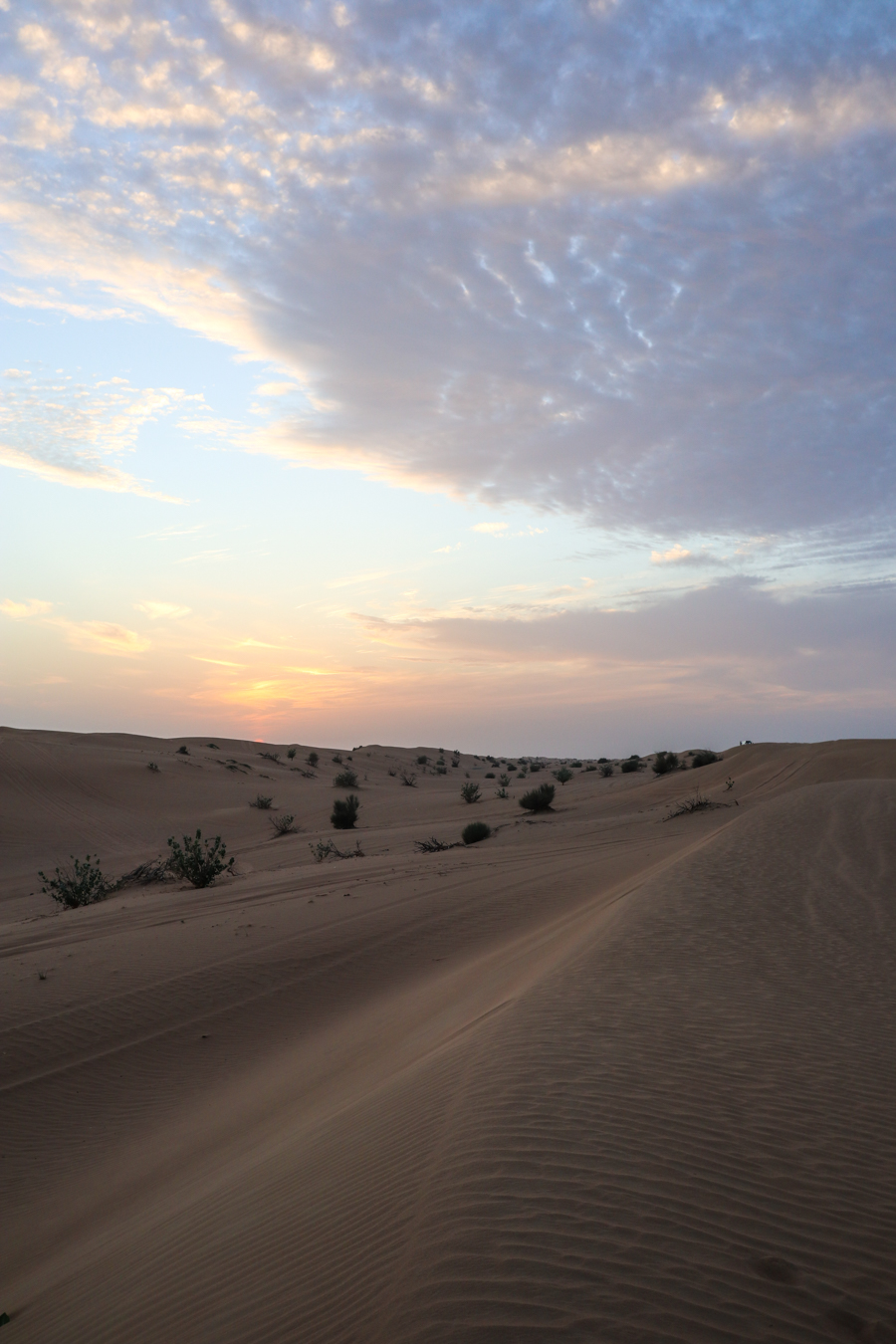 I had so much fun in the desert and whilst I understand the alluring pull of the city’s vibrancy for me, it wouldn’t be a trip to the Middle East if there wasn’t a desert excursion planned.

Would you be swayed away from the city and enticed into the desert when visiting Dubai?