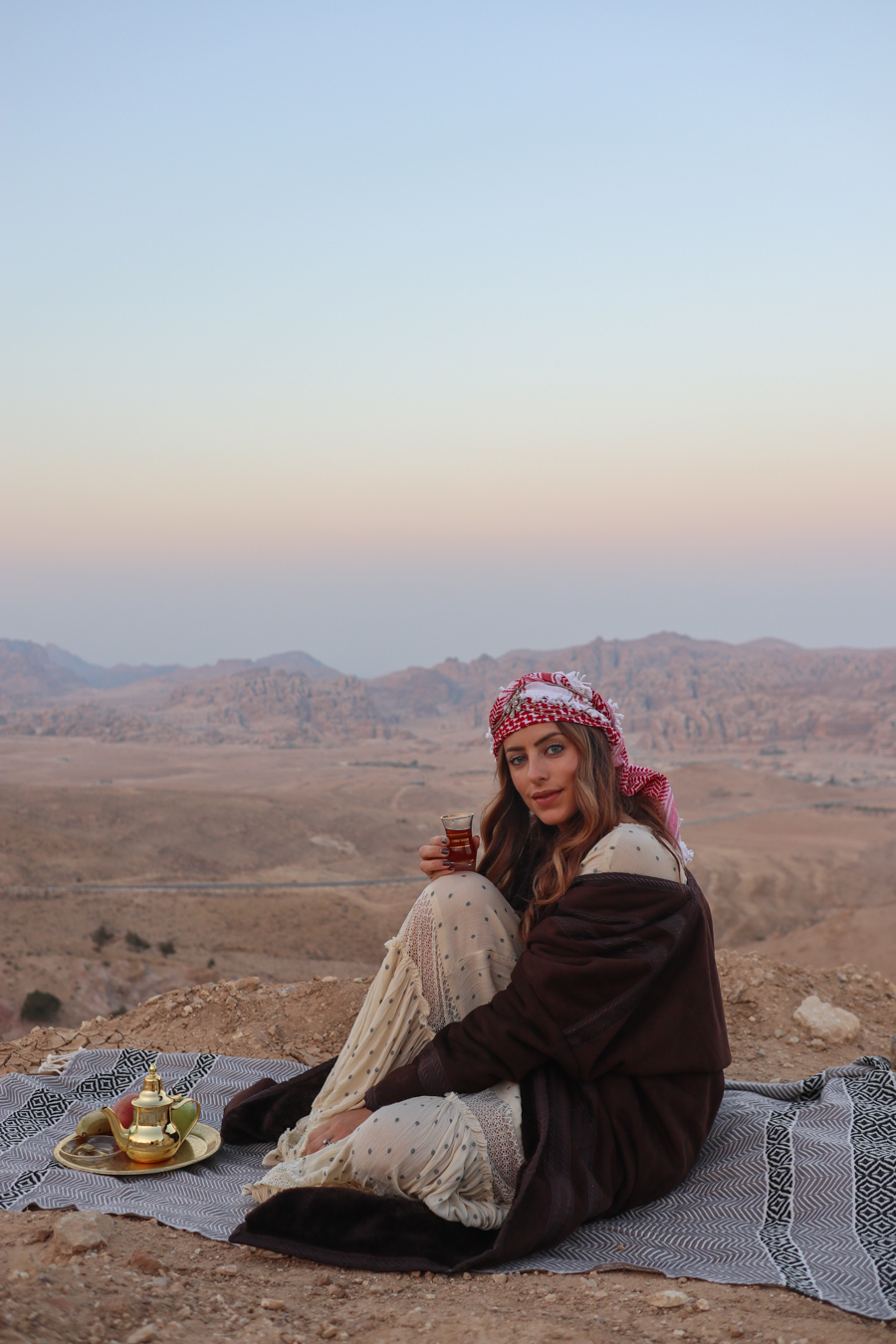 When I announced that I was travelling to Jordan there seemed to be an uneasy rise of worry from my friends on social media and because of the current situation and the geographical location of the country, I wasn’t shocked to hear that there were questions surrounding my travelling to there.

Personally, I have never been a nervous traveler. Having to hop on a plane to a destination decided by someone other than me is regular as part of my job but the intrigue surrounding my travelling to Jordan came without surprise. Like many explorers I have always wanted to travel to the world-wonder of Petra and see the ancient city for myself, I wanted to opportunity to bring to life the pictures I have scrolled or flicked through over the past few years but at the time of adding Jordan to my travel bucket list the geographical location wasn’t something I had to take into account. With the devastating world affairs of today, it’s understandable and in some cases definitely advisable to assess visits and expeditions with more care.

Geographically speaking Jordan lies within a hot spot of territorial turmoil with Israel to the West, Saudi Arabia to the East and Syria and Iraq to the North. Quite simply, the location of the country lends a worry to travelers. If you were to check the UK government’s travel advice site for up-to-date advice on travelling to Jordan what’s written is quite the deterrent. The site warns British citizens to remain vigilant at all times and details the high risk of terrorist attacks taking place in the country. Reading this then deciding to book a trip to Jordan may be deemed as a risky move but the same scroll is written for the continually popular tourist destinations of Egypt and Morocco.

For me avoiding certain countries through fear of their neighbors has never been something I would entertain fully when making decisions on holidays. The war in Syria is a crisis but this doesn’t mean that the countries surrounding the area need to be penalized for their location. As a conscious traveler by trade I am fully aware that countries like Jordan rely so heavily on tourism and during my recent trip I was heartbroken to hear about the huge, direct impact the surrounding wars have had. Though it was an obvious realization it shocked and saddened me all the same when speaking to specific people and hearing the stories of their family’s needs being significantly diminished as a direct affect of the war. It isn’t until you are in the country itself that you really appreciate the fact that you travelling there will have such a positive impact on the local’s livelihoods. 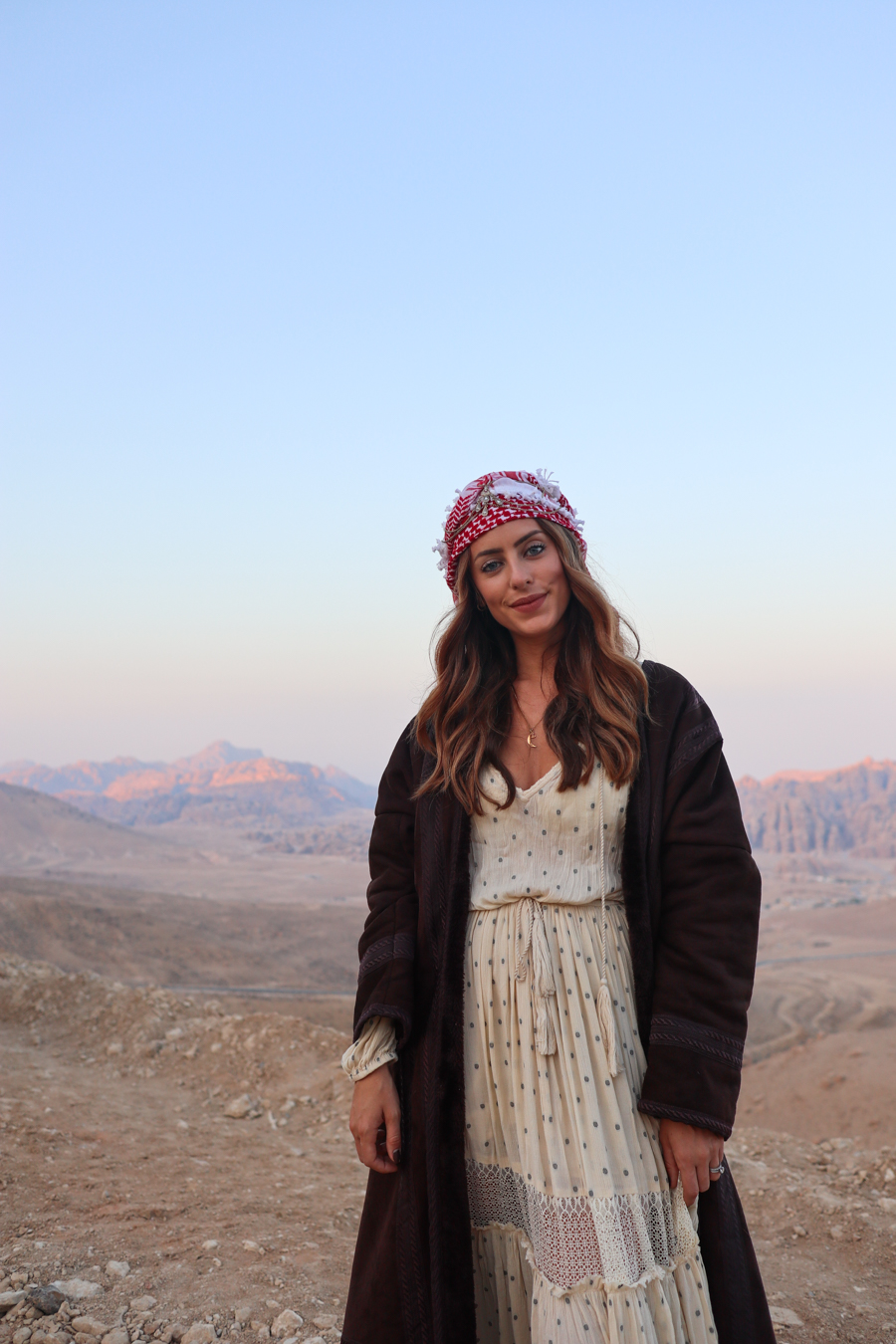 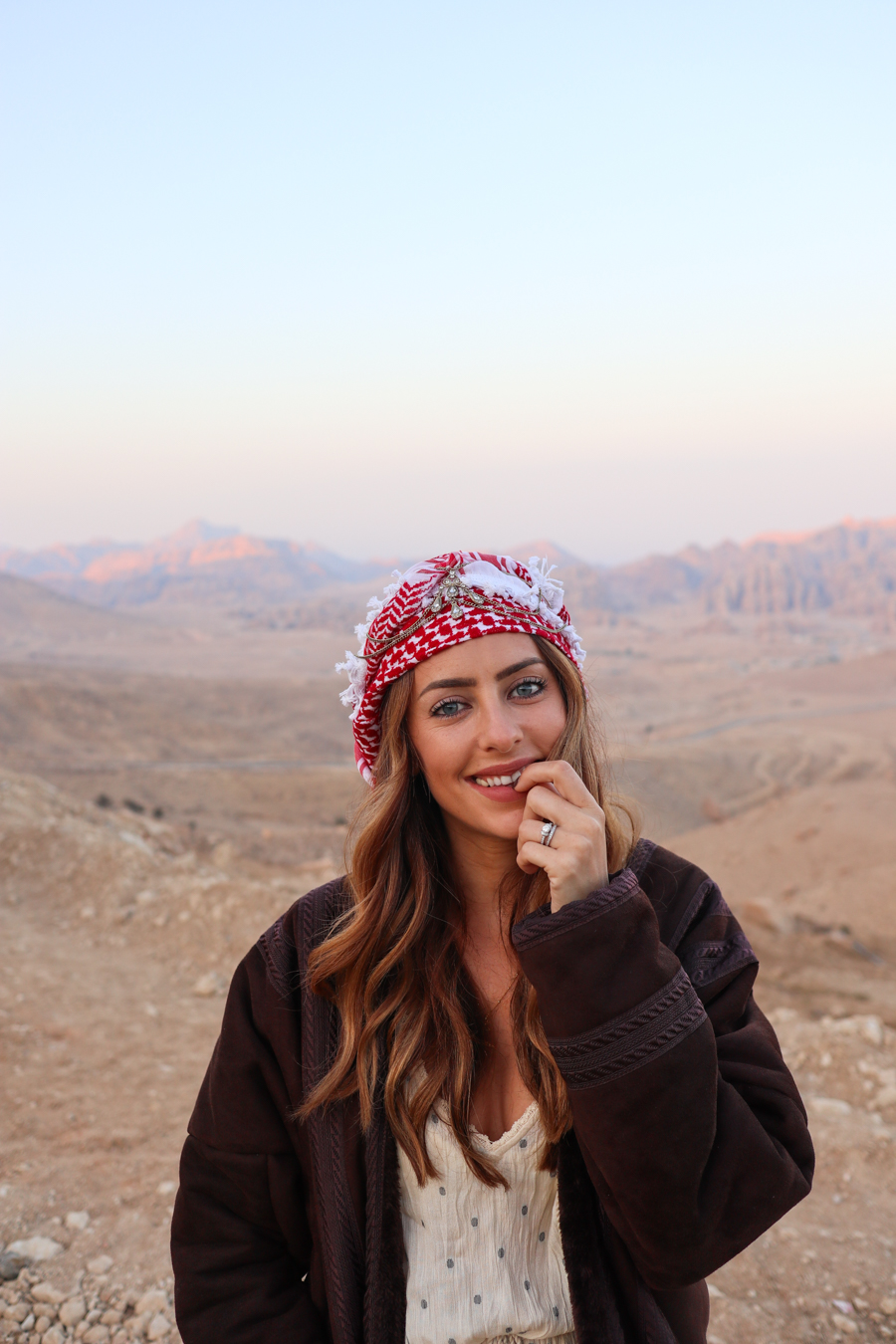 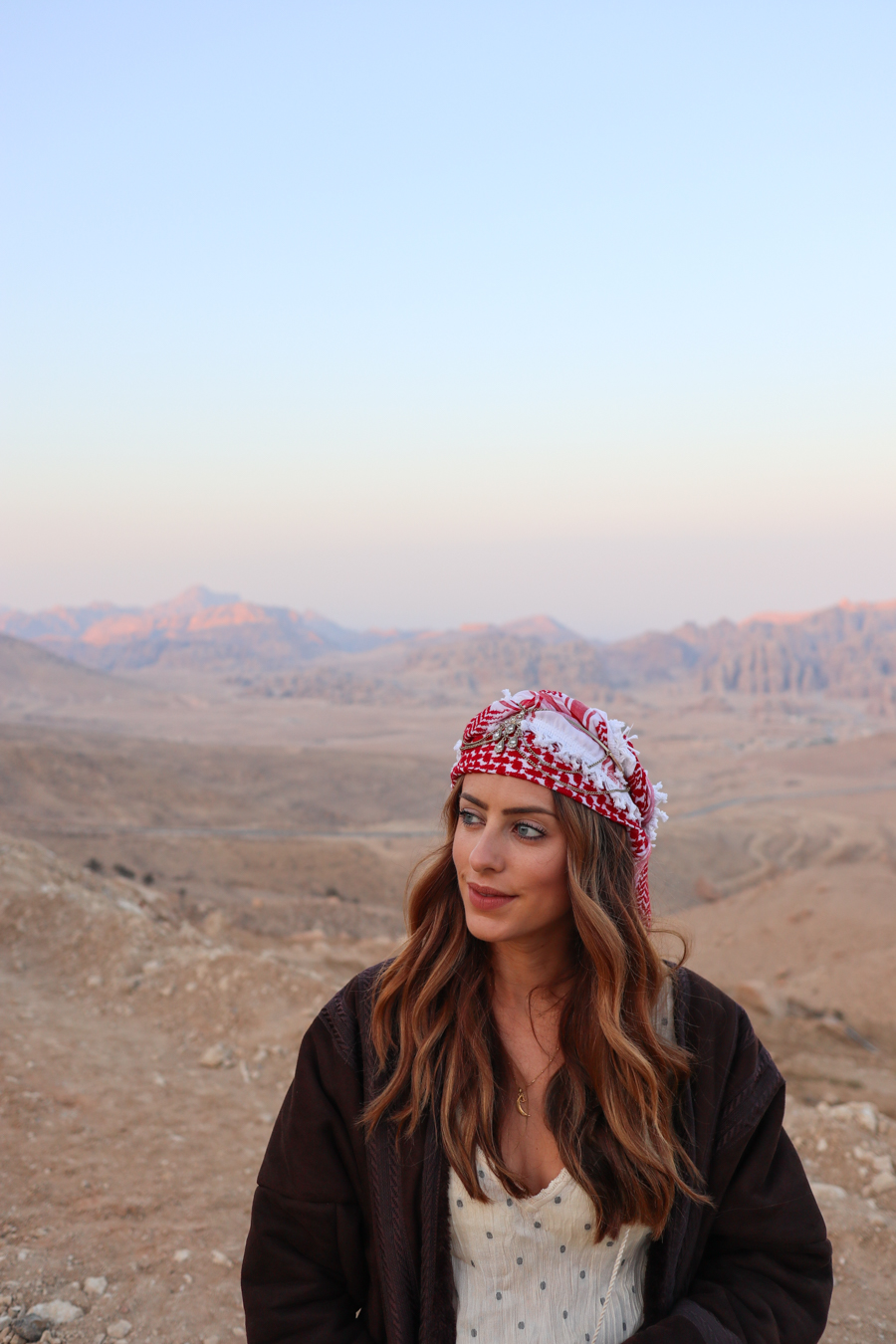 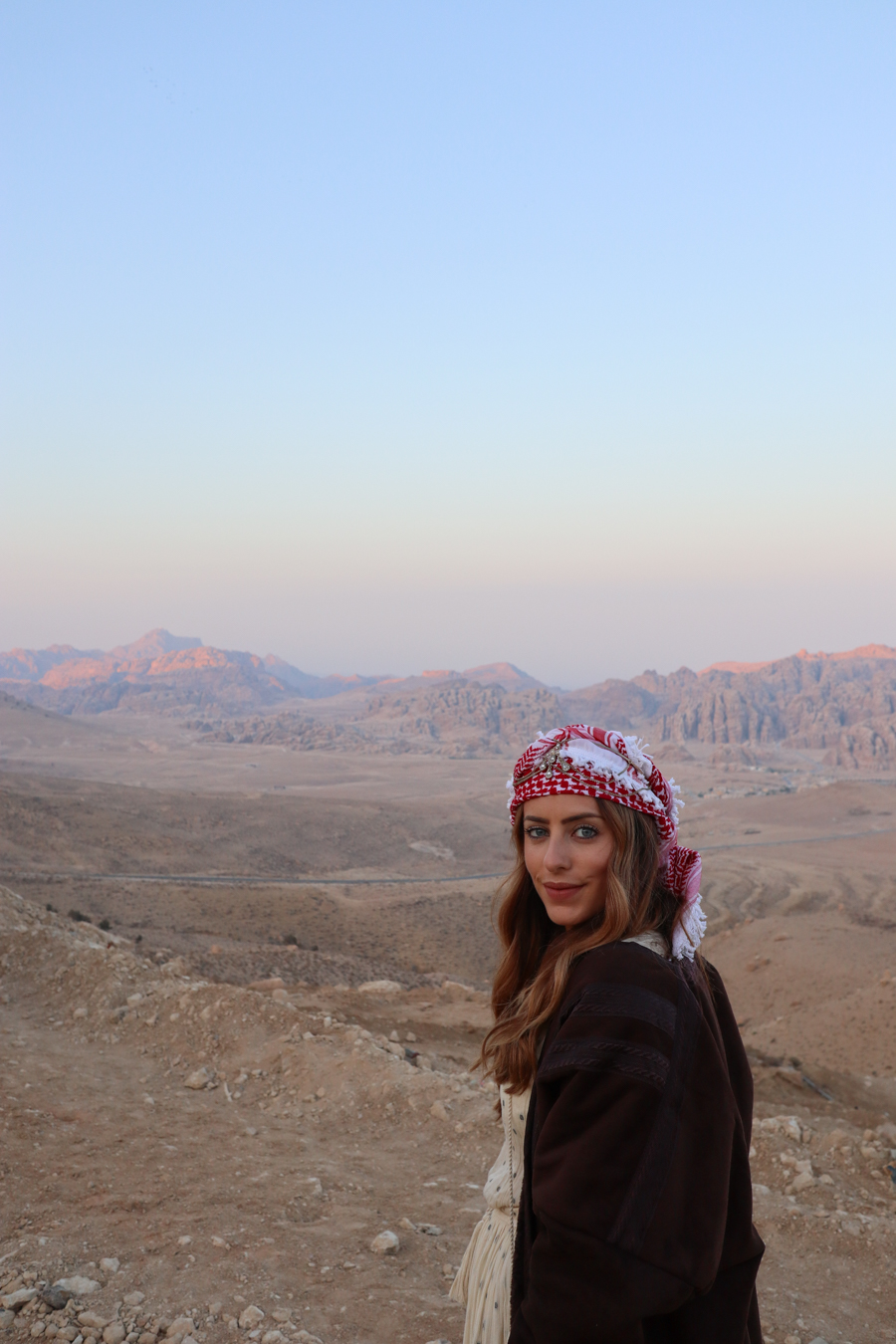 Despite the government warnings there was never really a fear for me when it came to visiting Jordan. I live in London which has very often had the same scary warnings and it has never stopped me jumping on the tube to get to my office everyday. Unfortunately everywhere is at risk and being able to give something back to a country that desperately needs the profit of tourism is an added bonus to an amazing trip for me.

Travelling through the country there was never a moment when I felt uncomfortable or alarmed. I traveled with Mr C only and we weren’t hassled for sales or stared at for being out-of-place Westerners. When travelling through Petra itself there were a number of Bedouin guides offering tours and ‘shortcut services’ but again their advances were never too much of a hassle and it was mostly young boys approaching us and walking by our side with a sales pitch for a few strides. 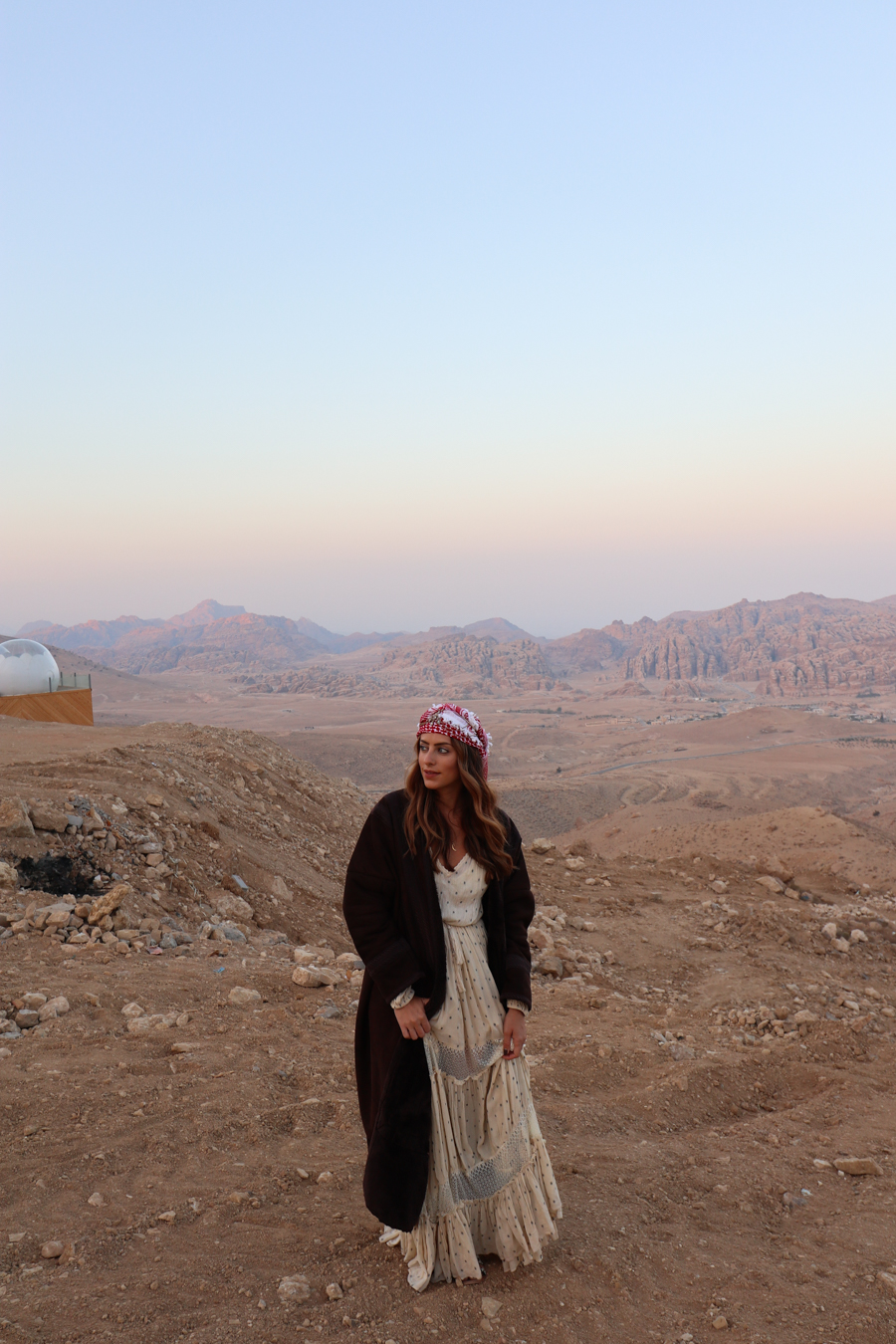 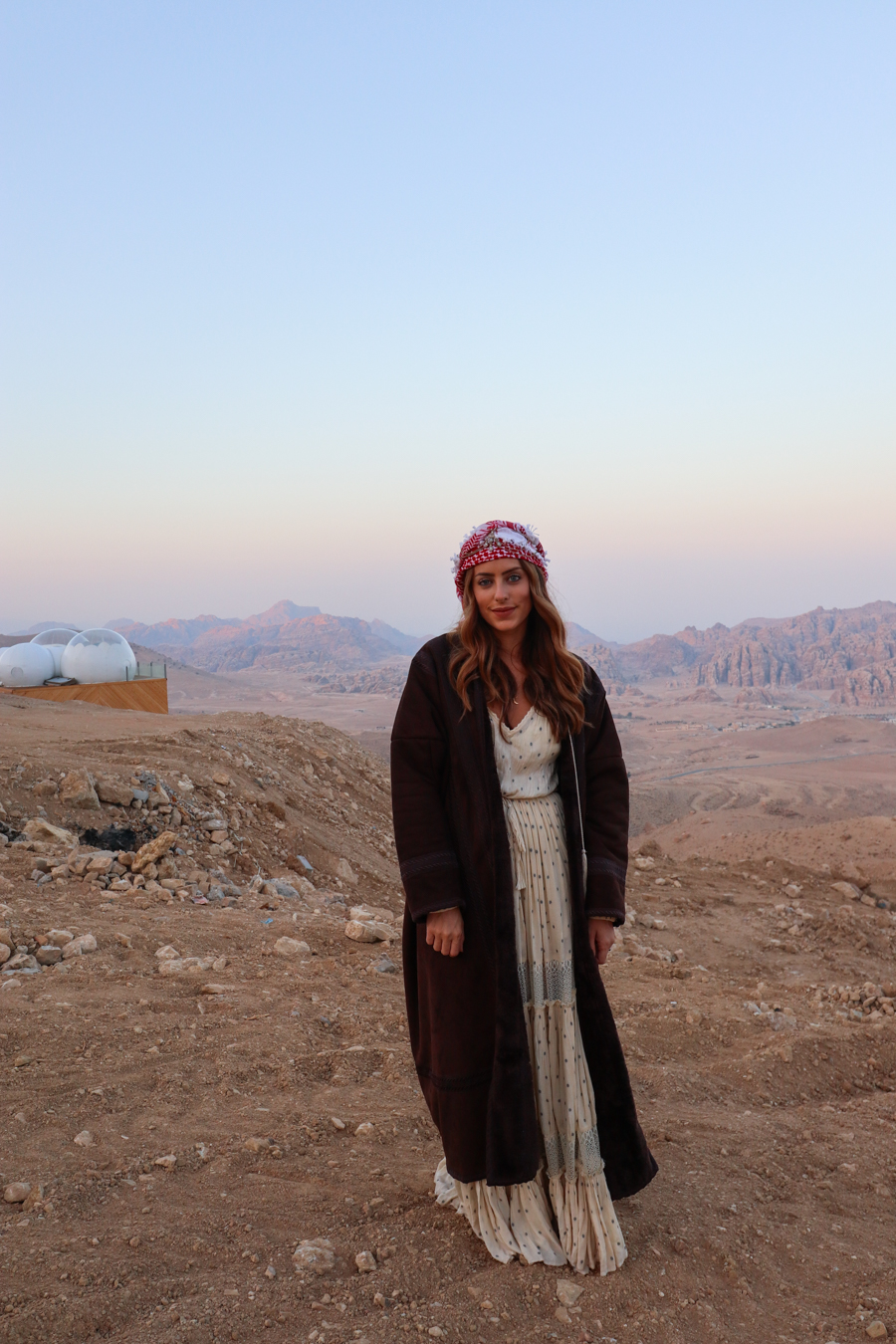 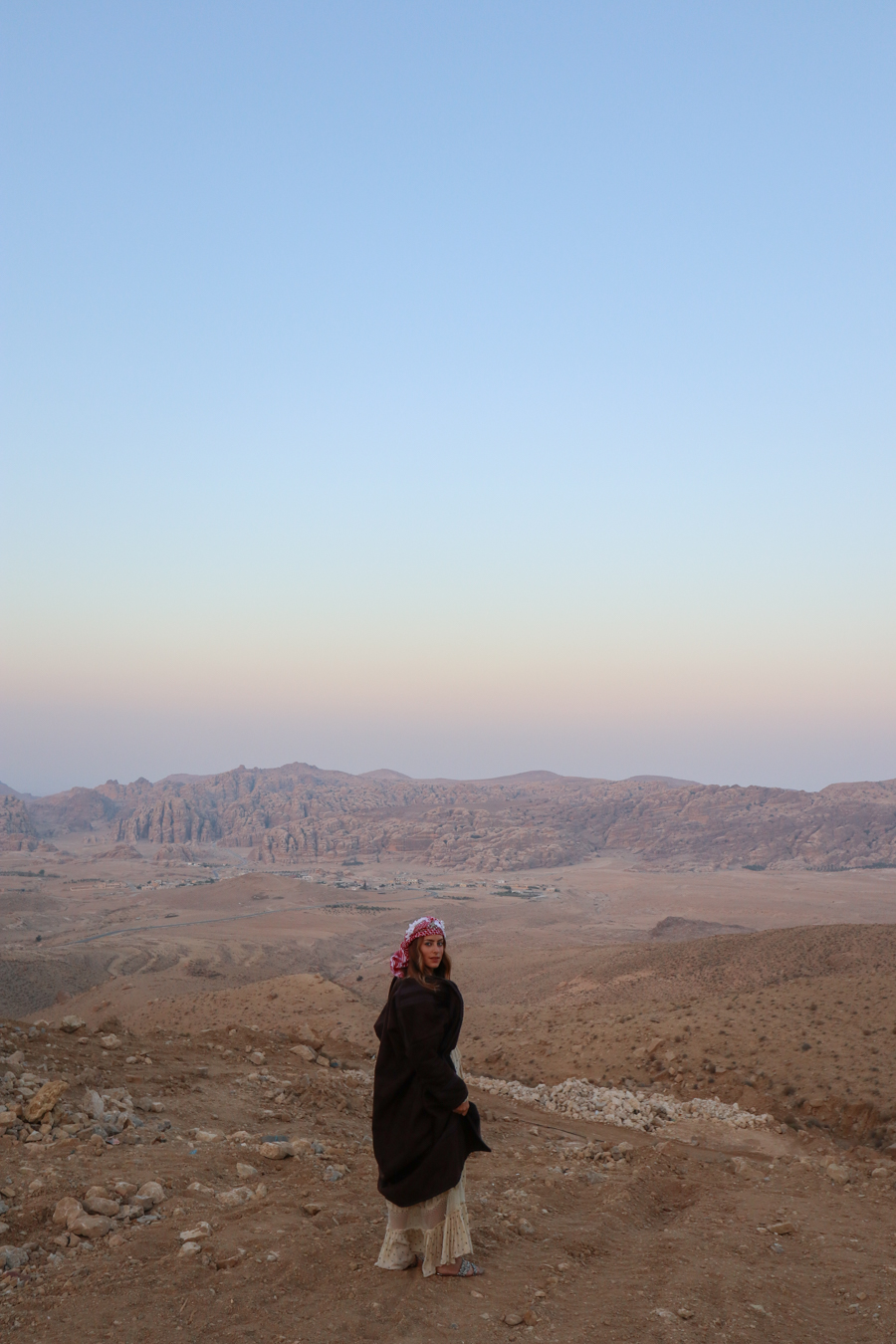 The people of Jordan are culturally different and far more laid back than their stricter neighbors but they are not by any means westernized and therefore when travelling through we found it important to dress and act respectfully, as we would in any country in the Middle East. I would be lying if I said the people of Jordan didn’t shock me, they certainly weren’t as warm and friendly as those whom you would come across in Egypt or Turkey (generally speaking of course) and their complete lack of kindness towards animals really upset me. Walking through Petra was particularly upsetting for an animal lover like me as the horses and camels were badly mistreated by their owners. If you love animals this is definitely something you’ll be best to prepare yourself for when visiting Petra.

I’ve written a full blog post about how to spend five days in Jordan here as well as a guide on what to wear in Jordan for women here. The country is so incredibly beautiful with a rich culture and fascinating history, in my opinion it is absolutely safe to travel to Jordan and should the opportunity arise I would definitely return. 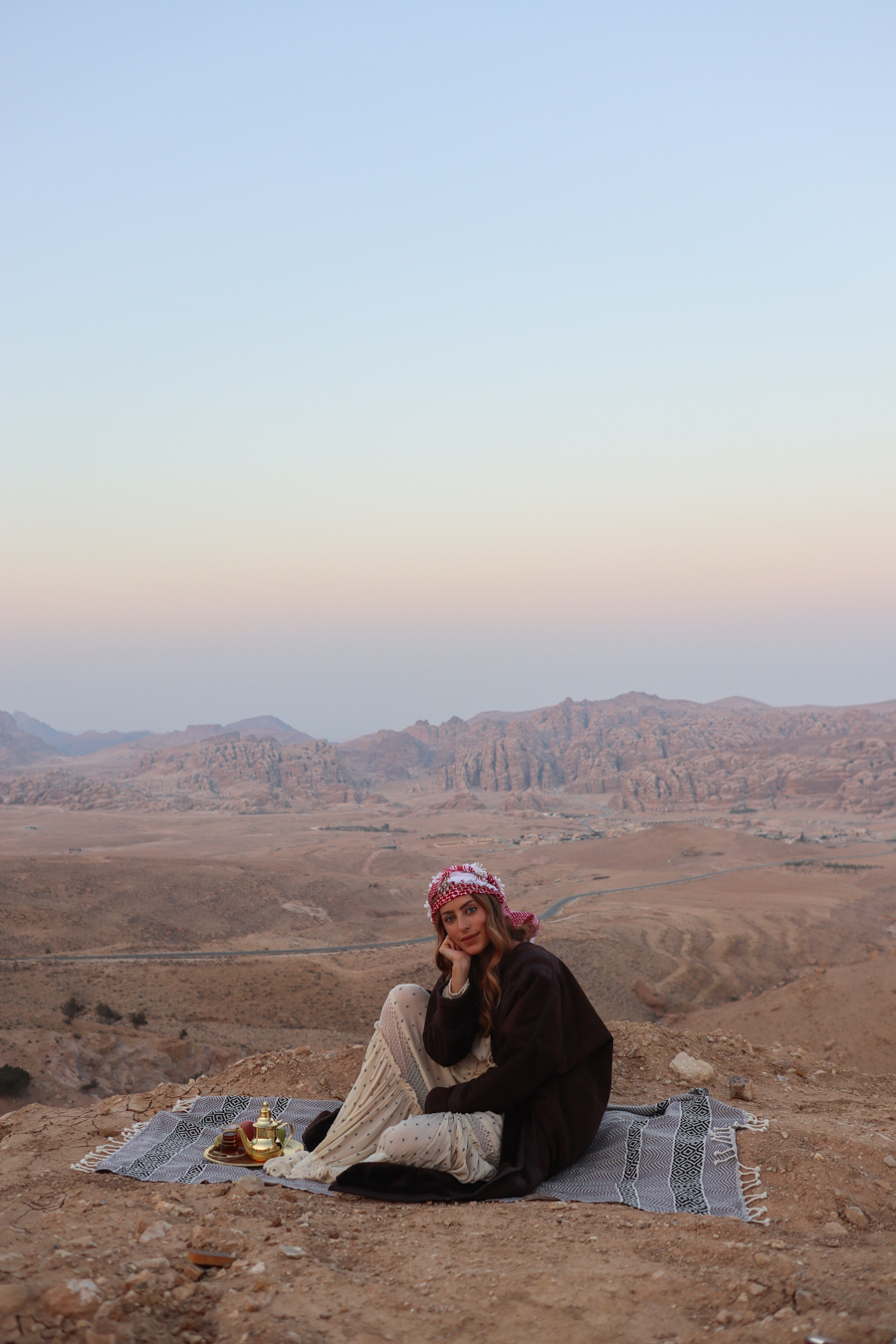 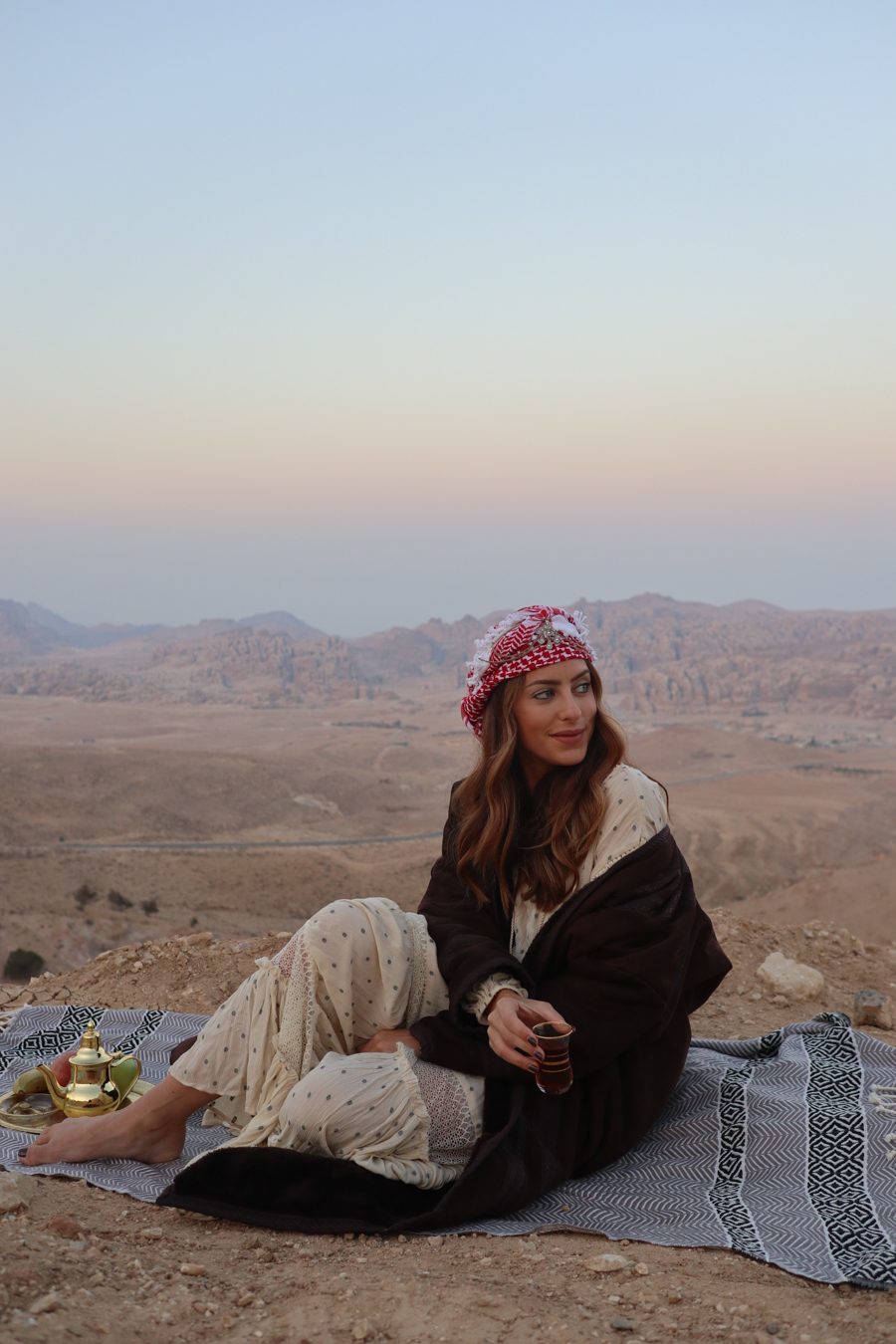 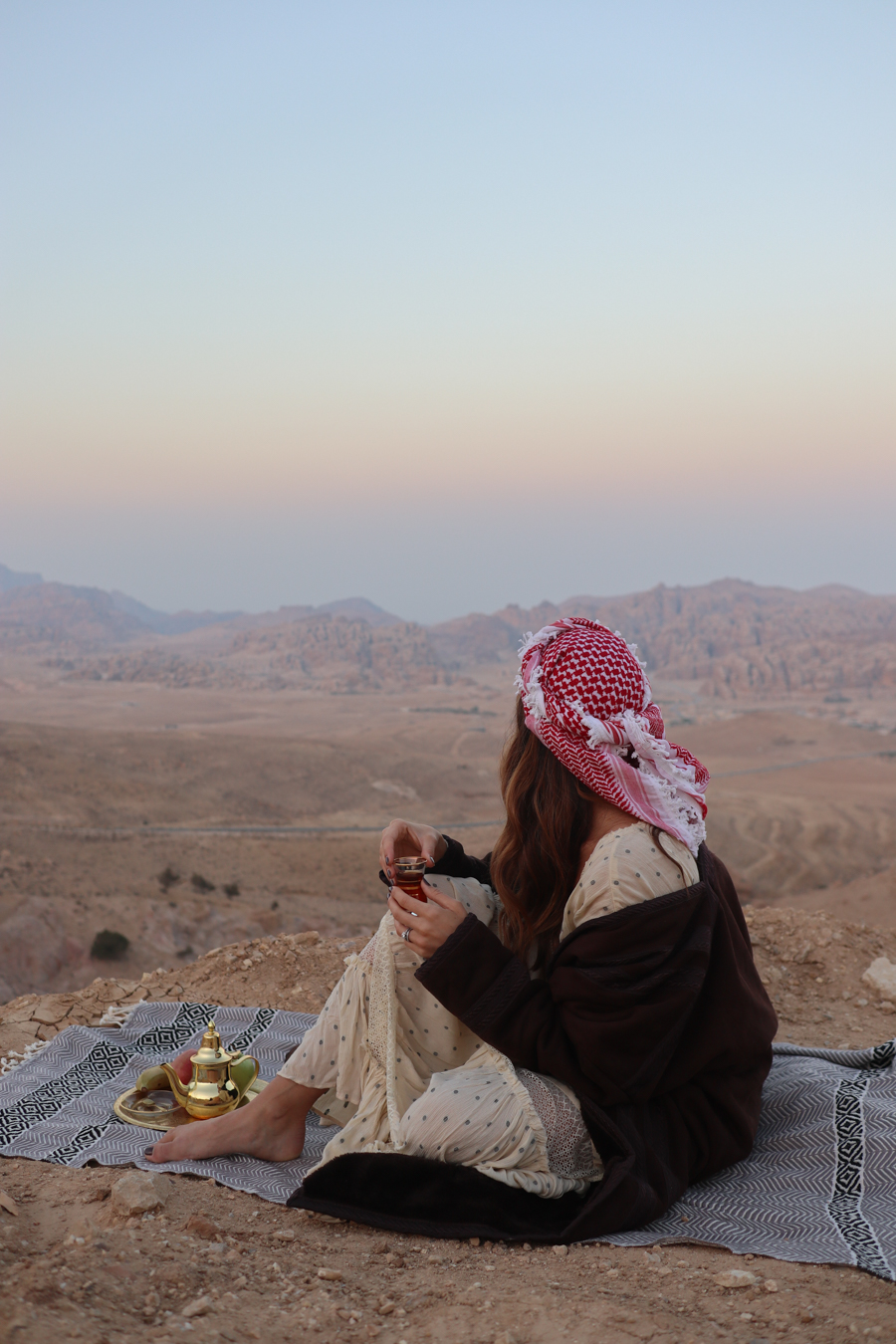